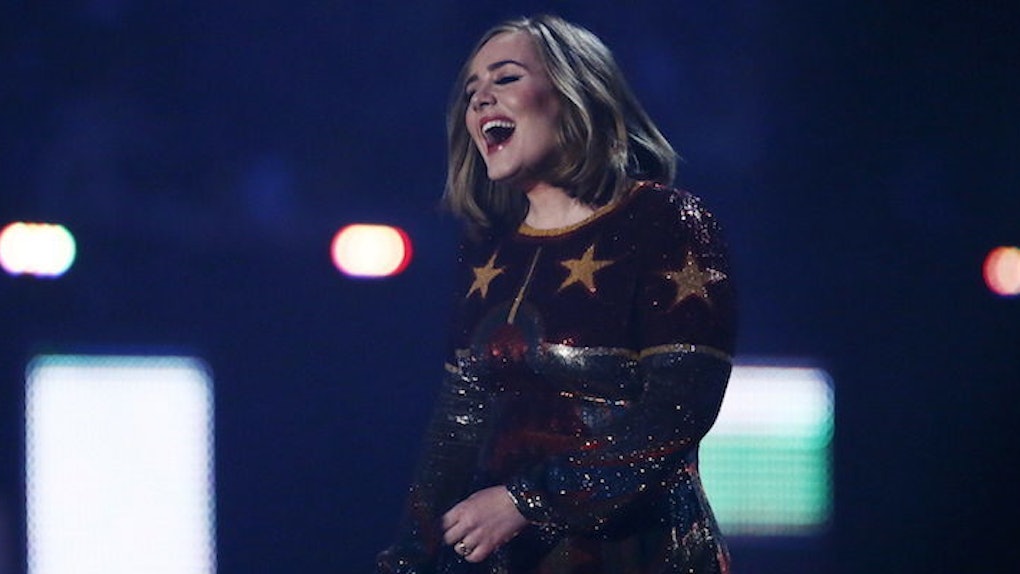 Adele will not be setting fire to the rain at Super Bowl LI.

Last week, the internet shat themselves after rumors of a possible Adele Super Bowl halftime show started bubbling up.

ADELE IS PERFORMING, SO NONE OF THAT MATTERS ANYMORE. THE NFL GETS A PASS IN MY BOOK. IT TRULY IS THE GREATEST ORGANIZATION IN T…

*man with headset whispers into my ear*

The 28-year-old British vocal phoenix supposedly was as shocked to hear she'd be performing at the Super Bowl as you were, according to this video someone took during a concert.

In case you couldn't make that out, Adele told the crowd,

First of all, I'm not doing the Super Bowl... I mean, come on, that show is not about music. And I don't really — I can't dance or anything like that. They were very kind, they did ask me, but I said no.

RIP, the thought of a heartfelt, emotional Super Bowl where we all cry over nachos and chicken wings at halftime.