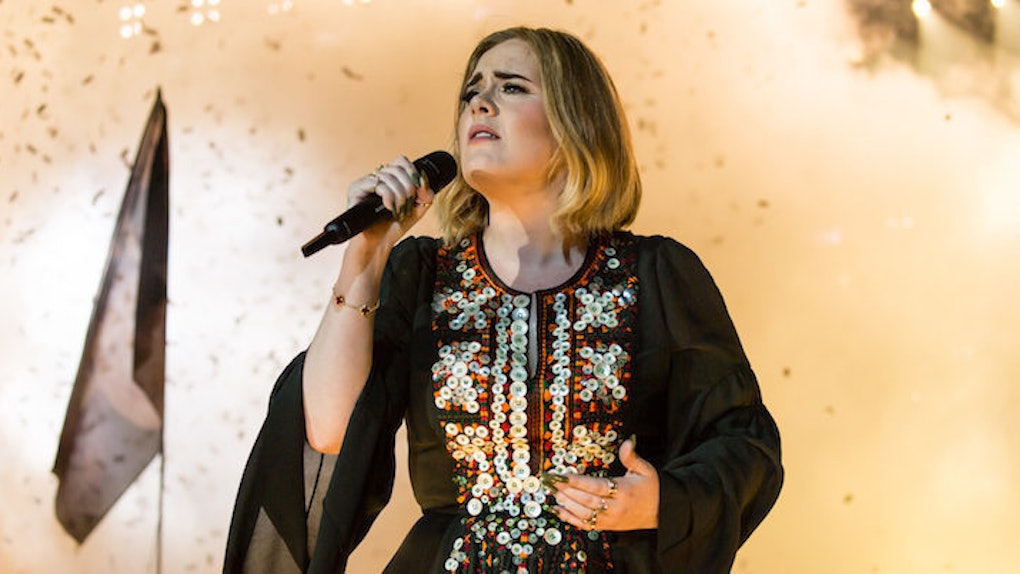 Adele's Credit Card Got Declined, Proving She's Just Like The Rest Us

Having your credit card declined at H&M — the hot spot for $10 pants — is a low many of us have experienced.

Most of us immediately bury the transaction deep in the back of our minds to live among memories of the time we peed our pants on our best friend's trampoline or accidentally called our boyfriends “dad” during a fight.

Based on her recent experience in a California H&M, even Adele and her multi-millions have heard the ever-awkward, “Oh, it says it's declined. Do you have another card you want to use?”

The 28-year-old shared her story with a packed house at her July 31 San Jose tour stop, People reports.

She told the crowd,

I went to H&M and my card got declined. Oh my days, pretty embarrassing. Nobody knew it was me, but I was mortified.

Firstly, LOVE the insinuation Adele wears an elaborate disguise to shop at fast-fashion retailers. Secondly, does anyone else now feel closer to her?

In a video shared on Twitter by a concert goer, Adele praises Target (#AMEN), Bed Bath & Beyond (#AMEN) and West Elm (HONESTLY, NEVER BEEN, BUT PROB #AMEN).

Adele talking how the first thing she does in California is to get a in n out burger and loves to shop. pic.twitter.com/ELLLbjkddv — Ginger Biscuit (@sammylovesAdele) July 31, 2016

It's no surprise, Adele is the realest.