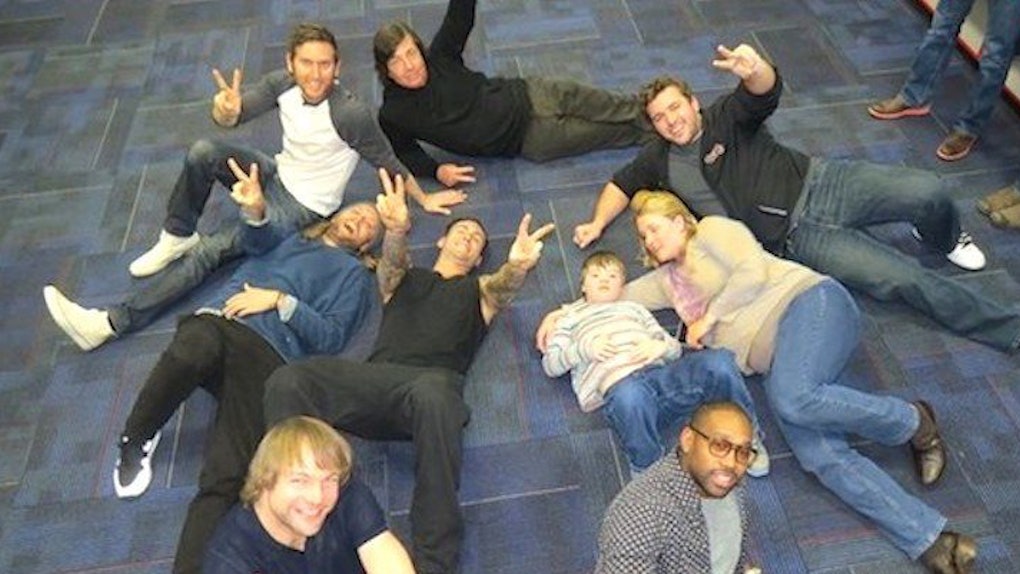 Adam Levine gets a bad rep, but he did a pretty cool thing for one of his biggest fans.

Christopher Warner is a 10-year-old kid with Down syndrome, and he's also a massive Maroon 5 fan.

Christopher desperately wanted to see the band in concert, so his teachers made a video in which Christopher expressed his admiration for Adam Levine and the band.

The video was then sent to a local Washington DC radio station that was able to get Christopher and his family tickets to a Maroon 5 show.

At the concert, Christopher went backstage.

Before meeting Maroon 5, Christopher got a pep talk from the radio station's "Intern John."

Finally, Christopher met Maroon 5. But, he was so overcome with excitement, he had a panic attack. So, Adam Levine and the band plopped down on the floor next to him.

And they made Christopher's day. Pretty cool, huh?

Citations: Adam Levine Had The Best Reaction When A Ten Year Old Super Fan Had A Panic Attack Meeting Him (BuzzFeed)