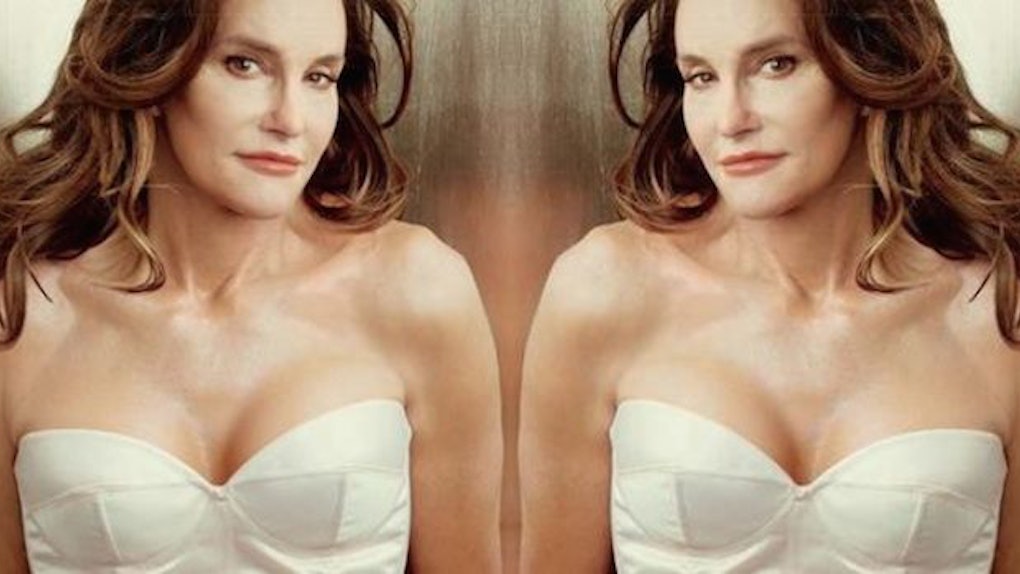 The newly released cover of Vanity Fair, featuring Caitlyn Jenner, has Twitter in a frenzy with thousands discussing the beautiful debut of the woman formerly known as Bruce Jenner.

Much how Ellen’s famous Time magazine cover shed light on the gay community like never before, Jenner is bringing attention to the trans community at a time when very little is known by the majority of people.

Most Millennials got to know Caitlyn (then Bruce) through her role on "Keeping Up With The Kardashians," so it’s without a doubt her reality TV star status has helped her connect with a whole new generation that wouldn’t have known who she was otherwise.

Whether you’re a part of the trans community or not, we can all learn from her strength in finally coming full circle after 65 years of having to hide her true self.

1. She never gave up on herself.

If I was lying on my deathbed and I had kept this secret and never ever did anything about it, I would be lying there saying, ‘You just blew your entire life.'

Who hasn’t gone after something they’ve always wanted because of fear? Jenner spent decades hiding because of fear, but her decision to finally let herself be who she is takes courage.

At 65, she’s proven it’s never too late to go after what makes you happy.

2. Being honest with yourself is key.

She tells VF that Caitlyn “doesn’t have any lies.” By keeping her true self hidden away, she had to lie to herself and her family.

Even when we were teens, we knew one lie led to another, and coming into adulthood, lies can be destructive.

Whether it’s lying about what you want to do or who you want to be or be with, the ramifications of keeping your personal truth hidden could start to eat away at your happiness.

You need to be your own advocate, and yes, it's a cliché, but the truth will set you free.

3. When it comes to how to live your life, nobody’s opinion is more important than yours.

With all this fanfare comes scrutiny, but Caitlyn shuts down the speculation that she’s doing this for reasons other than to be true to herself:

Whether you’re a recent graduate or trying to find your passion in your 30s, you’ve encountered judgment when it comes to life decisions, but in the end, it’s your life.

Your family and friends may not understand or support you and it’ll probably be a tough road, but if the end results mean you’ll be happy, it’s worth it.

4. If you feel empty inside, no success can fill that void.

Jenner’s rise to fame as an Olympic gold medalist was a point of pride for the US and seemingly for Jenner, but despite the success and accolades, she wasn’t happy.

“Underneath my suit I have a bra and panty hose and this and that and thinking to myself, ‘They know nothing about me.’ Little did they know I was totally empty inside.”

If you’ve felt that nagging feeling that something is missing but you quickly shut it away in the back of your mind, you can relate.

It’s a ticking time bomb, and you’re standing with the lighter in one hand just waiting for that moment when you can’t hold back any longer.

It’s up to you to change the aspects of your life that drain instead of nurture you and whatever it is you’re muting.

It’s time to amp up the volume because it needs to be heard. You will be a better, happier person for it and that void will (hopefully) disappear.

Any major change requires some time for adjustment, but that is no reason to let years go by without doing anything.

If your 20s have taught you anything, it’s that time in your life you didn’t think you’d get over is now a thing of the past, a lesson learned and a struggle overcome.

Know your strength and stay focused on the goal because the struggle is a means to an end that you not only want, but you deserve.