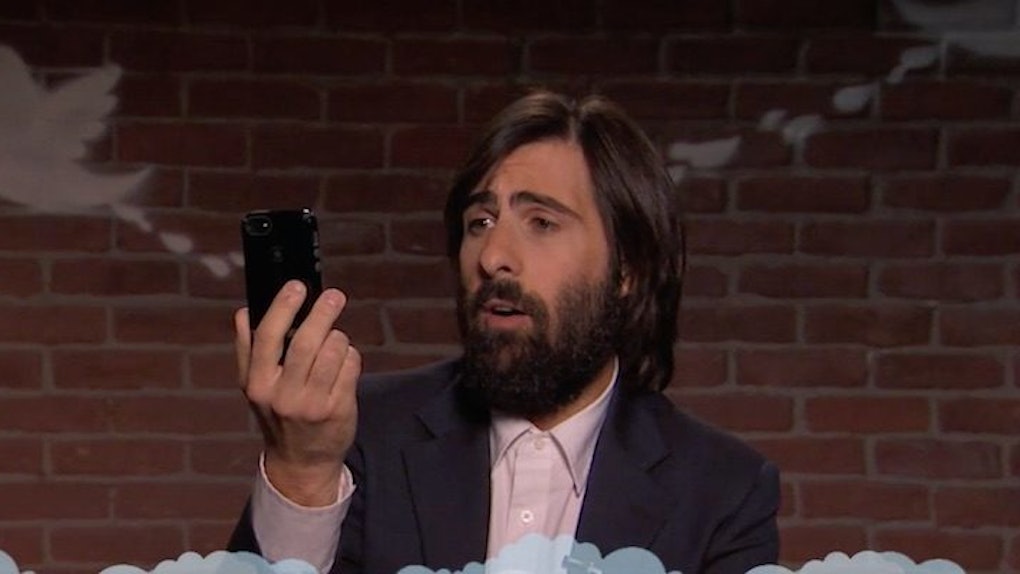 Making fun of someone's insecurities behind a screen is probably the most cowardly form of patronization out there. You don't even have your real name or face shown when you do it, making it a weird form of psychological guerrilla warfare.

All of that being said, some of these mean tweets celebrities read about themselves on "Jimmy Kimmel Live!" are pretty spot on.

I'm not going to say which ones made me think “brutal…. kinda accurate, though” because I'm not a huge jerk, but just know there were a few that could not have been more accurate.

Also, when did Kurt Russell's facial hair game get so on point? It's beautiful. #FaceGoals