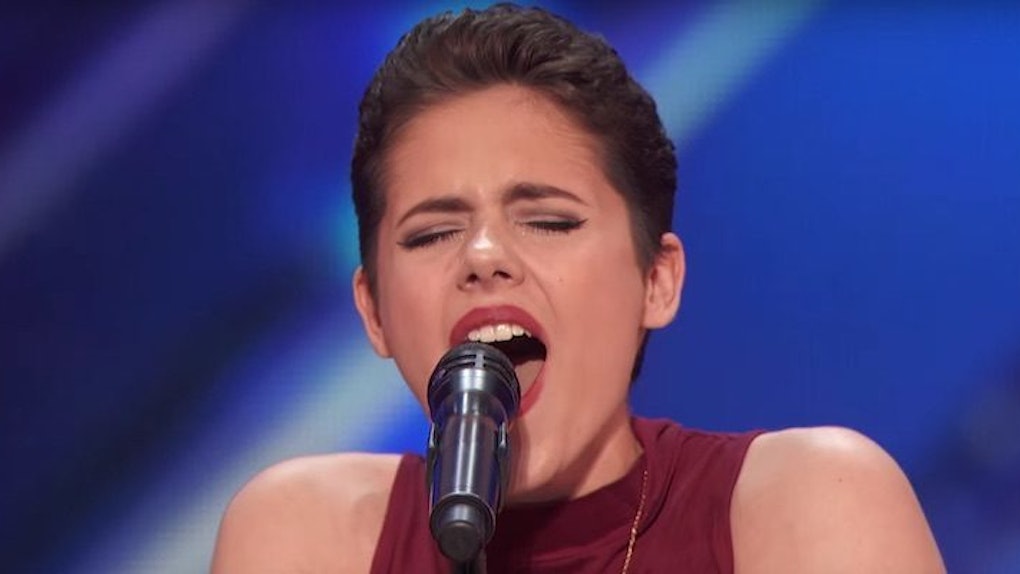 Calysta Bevier, a 16-year-old girl from Ohio with an amazing voice, totally nailed her "America's Got Talent" performance.

She also happens to be a survivor of stage 3 ovarian cancer.

Before her performance of Rachel Platten's "Fight Song," Calysta explained to the judges her short haircut wasn't a personal choice, but a necessity because of her history with the disease.

I came here today to show people that know matter what you've gone through, to keep chasing your dreams.

Then Calysta started singing, and, yeah, she sounded incredible.

What did the notoriously critical Simon Cowell have to say about her emotional performance?

He totally loved it.

After hearing her sing, Simon said to Calysta,

I've got this incredible feeling about you, I think everyone in this room felt it, you were nervous I could feel that. I predict great things are gonna happen for you. There's something about you.

Then he reached over and pressed the golden buzzer.

If you're not familiar with the show — though I'm not sure how you managed to avoid all 11 seasons of it — each judge presses his or her golden buzzer once per season for a contestant who particularly shines.