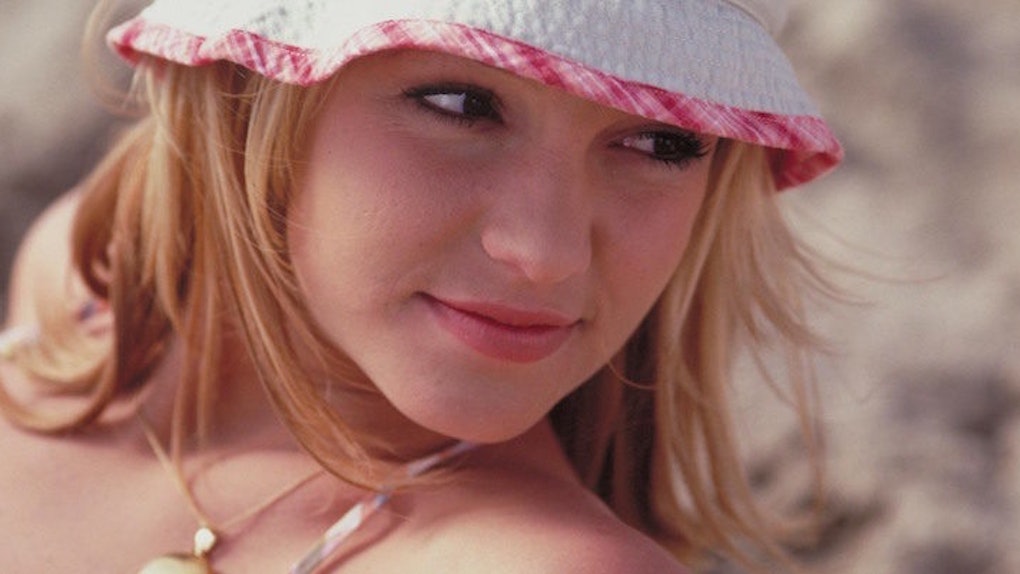 Britney Spears Was Our Idol Growing Up, But She Didn't Grow With Us

The late '90s and early 2000s saw a slew of preprinted blonde pop stars, and it seemed America just couldn't get enough.

But was it an authentic representation of that artist, or was it all part of a well-polished image, carefully selected songs and exposed midriffs?

As Millennials growing up in the pop music explosion, we naturally worshipped Britney Spears and her other blonde counterparts, like Christina Aguilera, Jessica Simpson, Mandy Moore and more. A pop icon was packaged and sold to us, and we bought it every time.

But the same manufactured system doesn’t work on our generation anymore. We don’t want a primed and flawless blonde feeding us a preconceived message. We don’t want over-produced songs synced with autotune. We want artists who have a large say in their creative process, promote social activism and encourage us to be who we truly are.

It doesn’t seem every pop diva has received that memo.

Britney Spears danced onto the scene in 1999 dressed as a schoolgirl, and we demanded more. I remember choreographing dance numbers to her songs during recess. She drove me into a fantasy world.

Hayley Hill, a freelance stylist who styled Britney for about seven years, starting in the “Baby One More Time” era (who I also used to work for), said one thing she knows for sure is Britney was the idea person behind all of it.

When asked what it was like to work with the Queen of the '90s, Hill said:

They spilled out of her! She was responsible for the ideas ... from an evolving schoolgirl in ‘Baby One More Time’ to the geek-to-goddess transformation in the ‘Crazy’ music video. Her ideas spoke to her audience because she was her audience, they loved her songs, her look, her body ... she was one of them.

But as a fan base grows, normally an artist grows with them -- it seems that’s not what has happened with Britney.

In 2013, the album “Britney Jean” was released, and was marketed as her “most personal record.” If you listen to the album, Britney tells you to “Work B*tch,” and sings about how she wants to dance until her “body ache.”

While you can argue some tracks are moderately personal, the album as a whole doesn’t convey that deeply personal message.

I’ve spent a lot of time defending Britney as my pop music queen. I would find myself saying things like, “No one goes to a Britney Spears concert to see her sing live,” “She’s doing so much better now than she was in 2007” and “She needs to focus on her children.”

While all of these things are true, it’s not an excuse to produce crap and expect your audience to swoon over it.

For example, a major issue was the collaboration with Iggy Azalea on the song “Pretty Girls.” Not only could a simple Google search tell you the Internet hated Iggy at the time, but simply listening to the track once would have been enough to realize it was garbage.

So how did it get to this?

Is Britney no longer part of her audience? Has the media jaded her to a point where she no longer cares about the connection to her fans?

We all remember the feud the media created in the early 2000s. Were you a Britney or Christina? The answer was as simple to you as choosing Backstreet Boys or NSYNC.

But maybe that feud wasn’t a healthy thing.

According to Hill, Britney was devastated by the negative coverage she received.

I remember shooting the ‘Sometimes’ music video, and the breast augmentation rumors started. She was shocked by the cruelty of the media, and who could blame her? She was a teenager.

So Britney had to evolve and develop a thick skin.

Through the years, she learned to keep more to herself like a burn victim. Once burned, you're a bit more careful around fire.

It seems she’s taken that mindset and decided to stay put. The Vegas residency is the best thing to come out of her lately because she’s performing all of the old songs her fans love. It says something when most people aren’t interested in the new music, and only want to hear the classics.

What Britney and her team need to do, in relation to creating new music, is market research. Who is your audience, what do they want and how can you give it to them? Because right now, they’re not doing it.

When styling and talking with Britney, Hill said:

We always wanted Britney to be herself. That is what proved to be behind her success.

It seems Britney isn’t always in full control anymore. Maybe she needs to take back the reigns and be the voice in all of her creative decisions. Because currently, I’m over Britney Spears.

Growing up, Britney was everything I needed in a pop music icon. But after going to college and maturing, I’ve realized I need so much more than a polished blonde lip syncing to auto-tune.

I need a pop music queen who alludes to a fantasy world, but is also grounded in reality.

I need someone who inspires self-worth and independence.

Above all else, I need someone to show me I can find strength and self-acceptance in processing life and emotions through the creation of art.