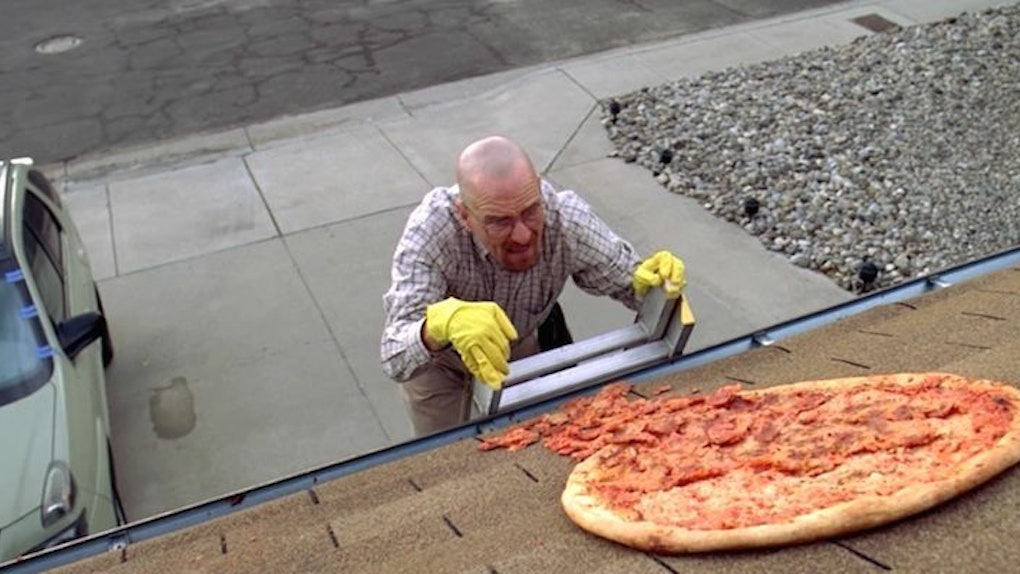 One of the more iconic scenes from "Breaking Bad" is when Walter White throws a pizza on the roof of his home in an act of anger and frustration.

It's a moment of catharsis and dark humor and, apparently, Bryan Cranston nailed the pizza throw on the very first try.

Here's the scene I'm talking about:

Now, it seems as if fans of the show are actually throwing pizzas on the roof of this house in Albuquerque, New Mexico.

That's an issue because a couple lives in the former White residence.

Vince Gilligan, the creator of "Breaking Bad," pleaded with people to stop throwing delicious pizza pies on the roof of the home. On the "Better Call Saul" podcast, Gilligan said,

There is nothing original or funny or cool about throwing a pizza on this lady's roof. It's not funny, it's been done before.

Jonathan Banks, the actor who played the intimidating Mike Ehrmantraut on the show, added,

And if I catch you doing it, I will hunt you down.

You can hear Gilligan talk about the pizza throwing in the podcast below around the 3:16 mark.