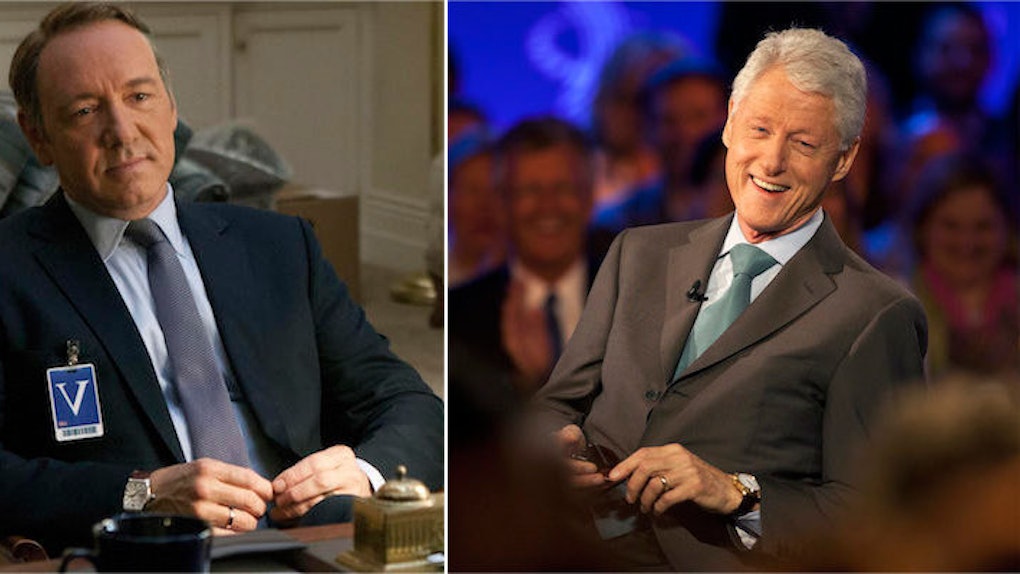 Many have claimed "House of Cards" is overly melodramatic and not an accurate depiction of DC politics.

However, one former head of state apparently believes the show portrays life in Washington with an astonishing degree of accuracy.

According to Spacey, Clinton said,

Kevin, 99 percent of what you do on that show is real. The 1 percent you get wrong is you could never get an education bill passed that fast.

That's a pretty strong vote of approval by the former commander-in-chief.

If Frank Underwood is based off any real president, it is certainly Clinton, so this makes sense.

But it does make me worry, considering Clinton didn't say there was anything strange about all that murder.