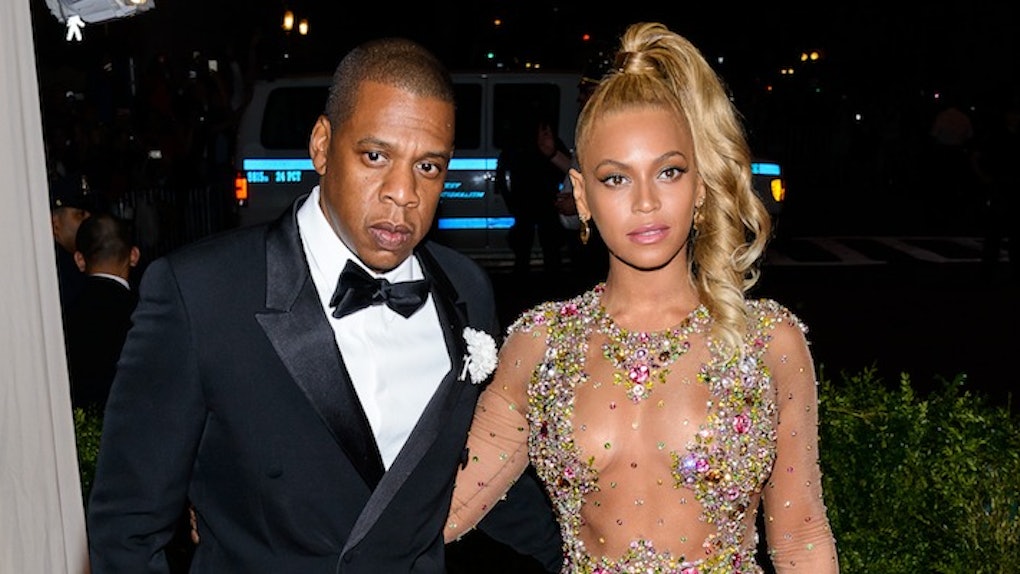 Beyoncé Has One Major Regret About Her Wedding With Jay Z

It looks like even Queen Bey doesn't always get what she wants.

According to Cosmopolitan, Beyoncé was not a fan of the wedding dress she wore when she married Jay Z back in 2008. What makes the situation infinitely more complicated? Beyoncé's mother, Tina Knowles, designed the dress specifically for the celebrity wedding of the decade.

You would think Mama Knowles would hit it out of the park for her daughter's big day, right? Apparently not. As Tina Knowles explained to Today last week,

She was so sweet to let me do that. She came back later one day and she said, 'You know, when my daughter gets married, I'm going to let her pick out her own dress.' Maybe she wasn't so excited about it at the time, but she's a sweetheart.

Ouch. It's hard to know who we should feel sorrier for -- Tina for getting rejected by her daughter or Bey for not wearing the dress of her dreams on her wedding day.

But if Jay and Bey's vow renewal theories are to be believed, Beyoncé may have a second chance to say yes to the dress. And if their marriage can survive Lemonade, then it can surely survive any downer of a dress.

Citations: Beyoncé Hated the Wedding Dress Her Mom Designed for Her (Cosmopolitan)