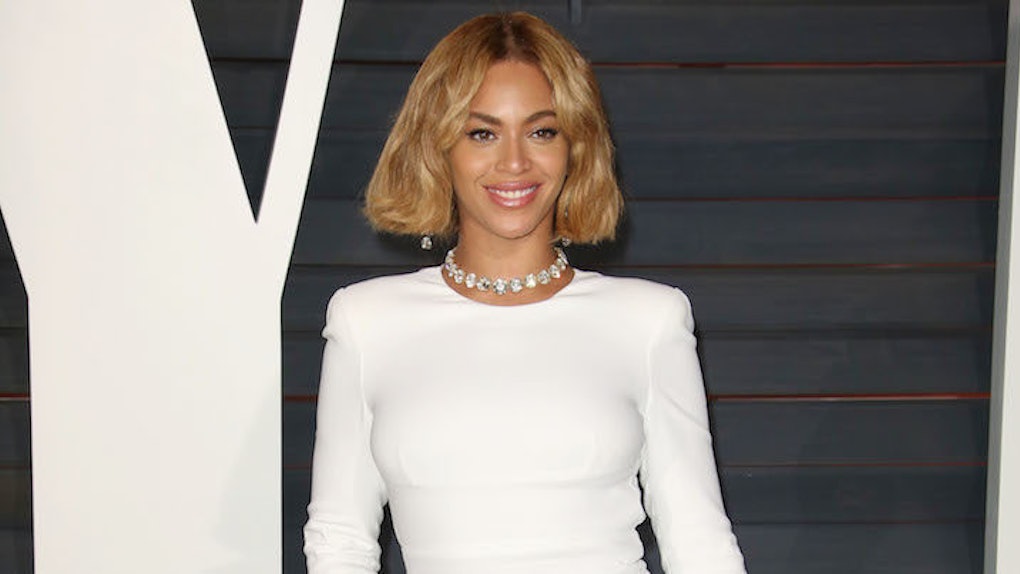 Everyone may not be comfortable with the recent political themes in Beyoncé's music, but she's not about to let her influence and success go to waste.

Yoncé's entertainment and management company, Parkwood Entertainment, reportedly presented an $82,234 check to the United Way of Genesee County on Monday to benefit the residents of Flint, Michigan.

The money came from Queen B fans hoping to ease the burden of Flint's ongoing water crisis through the 34-year-old's philanthropic organization, BeyGOOD.

The “Formation” singer and her fans also donated “college gifts” to cover the educational expenses of 14 Detroit high school students along with tickets to Bey's show Tuesday evening at Ford Field, Billboard reports.

Tuesday night's show in Detroit (the 23rd stop on the Formation World Tour) is Beyoncé's last before she begins the European leg of her tour, returning stateside in September.

While she's away, be sure to remember...

Beyoncé cares about you.

Beyoncé wants you to have clean, drinkable water.

Beyoncé bless us all.