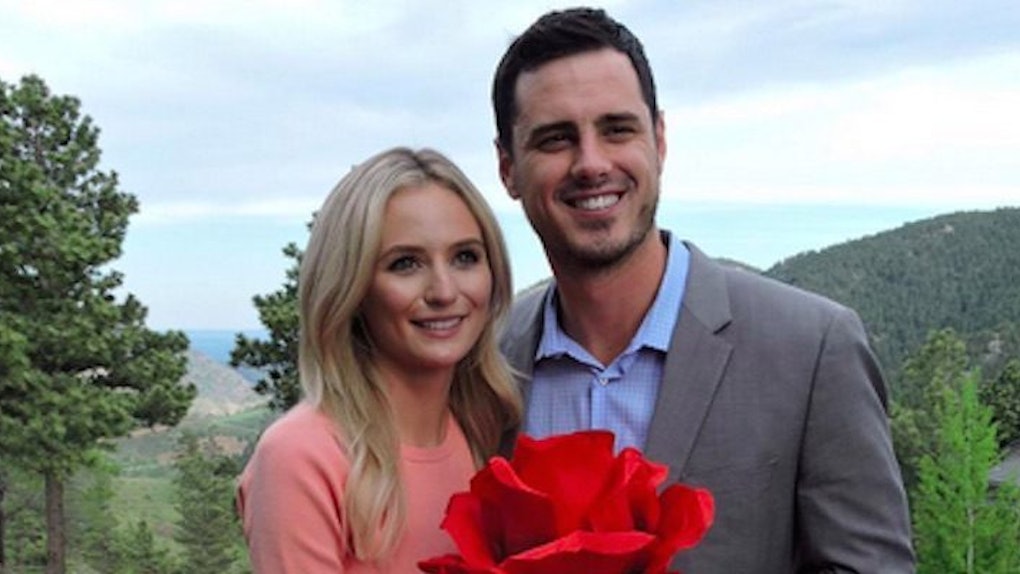 If you're a fan of "The Bachelor," then you better listen up. It was just announced Ben Higgins and Lauren Bushnell will be getting their own TV series.

YEAH, YOU HEARD THAT RIGHT. I AM FREAKING OUT RIGHT NOW.

Ben was one of the cutest bachelors this show has ever had, and it melted my heart when he proposed to Lauren. The two were clearly in love from the start, so it was the perfect ending to a perfect season.

Clearly ABC caught on to how much fans adored the couple because now Freeform will air a new reality series called "Ben and Lauren: Happily Ever After" starting in October.

Karey Burke, the executive vice president of programming and development at Freeform, shared a statement, which reads,

Ben and Lauren are the biggest Bachelor couple of the last 10 years. Their romance captured everyone's attention, and we are delighted to continue their story on Freeform.

The show will follow the lovebirds as they plan their wedding and transition from being on "The Bachelor" to living their normal lives together.

According to E! News, past favorites from "The Bachelor" and "The Bachelorette" will be guest stars on the show to offer the couple advice on "life after the final rose."

This is just so beautiful, I can't even take it.

Ben and Lauren will be awesome in a spinoff series. I can't wait to watch their love blossom while I spend every episode shoving an entire cheesecake in my face.