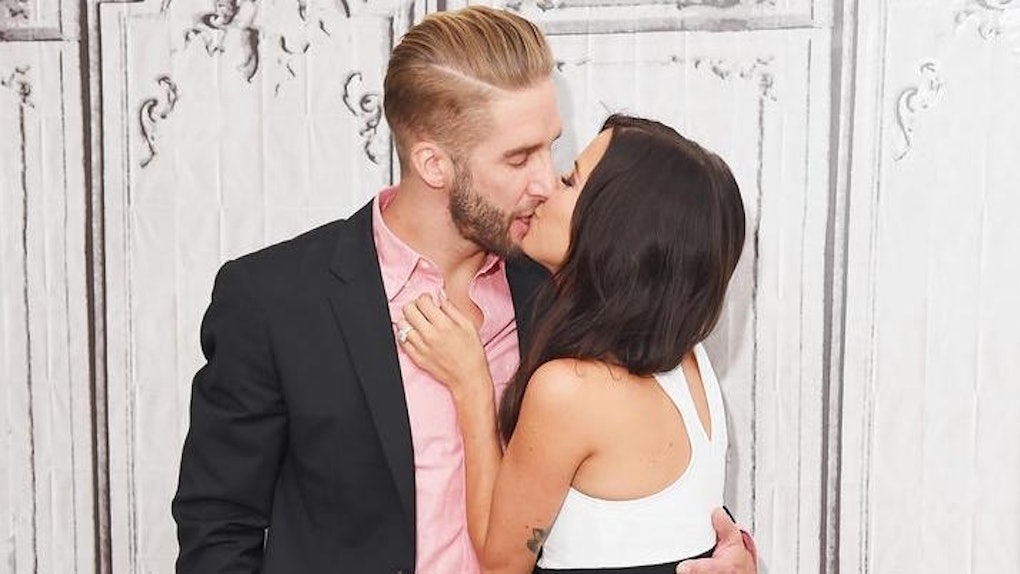 "The Bachelorette" couple Kaitlyn Bristowe and Shawn Booth are getting married!

The couple has been engaged since the season 11 finale of "The Bachelorette," during which Kaitlyn chose Shawn as the man she wanted to marry over late-in-the-game contestant Nick Viall.

Seven months later, the couple finally released their engagement photos exclusively to Brides magazine for the "Bachelor" and "Bachelorette" world to admire.

Kaitlyn, 30, hails from Vancouver, Canada, and Shawn, 28, from Nashville, Tennessee.

The couple went with a rustic, country theme for the photos, incorporating an old red truck and farmhouse in the background.

Kaitlyn wore a chambray shirt paired with a white tulle skirt and carried a bouquet of reds, possibly hinting at the couple's wedding colors.

Kaitlyn's chill demeanor shows thorough laid-back style choices, like in this photo, where she accessorizes with an earcuff.

They both looked flawless donning their wedding-day best.

Kaitlyn told Brides her and Shawn's relationship only flourished since living together off-camera.

I truly believe we were meant to be together. He is my type to a T. I didn't even know I had a type until I met Shawn. Everyone asked us how it was going to be when the fancy extravagant dates were over and the cameras were off, and we both agreed that we couldn't wait for that. It has only gotten better.

Although, fans will be happy to hear a TV wedding is still in the cards.

The former "Bachelorette" also told Brides she'd forgo a pricier wedding gown if it meant a better open bar for guests to enjoy. I'll second that!