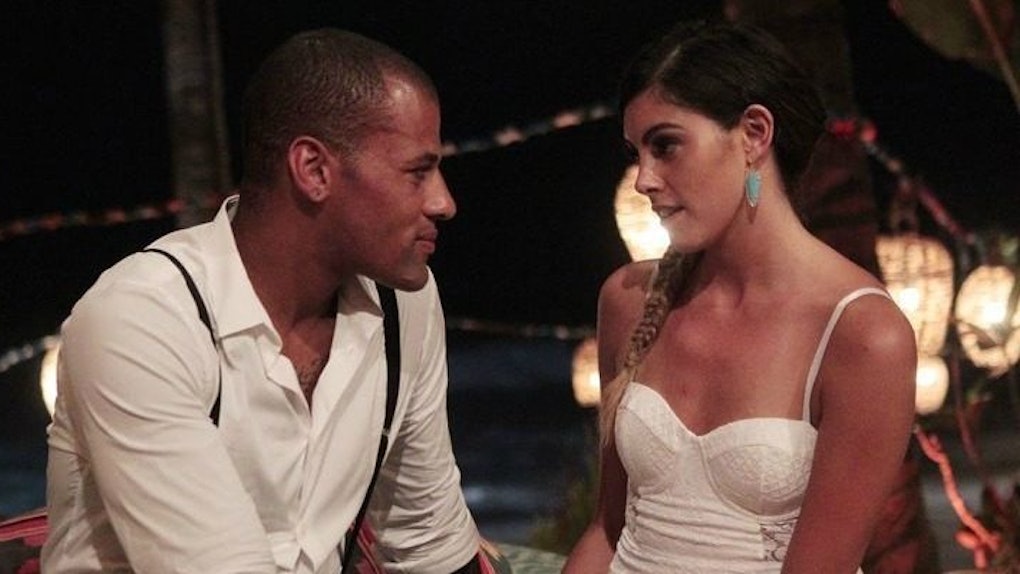 'Bachelor In Paradise' Stars Lace And Grant Break Up

On this past season of "Bachelor in Paradise," contestants Lace Morris and Grant Kemp hit it off from the start.

The pair hooked up at every given opportunity and could barely keep their hands off each other.

It was hot and heavy, and few were surprised when Grant popped the question and asked Lace to marry him at the end of season three of "Bachelor in Paradise."

Lace, whom we first met as a contestant on Ben Higgins' season of "The Bachelor," accepted Grant's proposal, and the pair looked set to ride off into the sunset together.

However, as we've come to learn too many times in 2016, real life is far from paradise, and according to reports, Lace and Grant have called off their engagement and ended their relationship.

Lace Morris, 25, and Grant Kemp, 28, opened up about the breakup in an interview with Entertainment Tonight.

Speaking on her relationship with Grant, who was a contestant on JoJo Fletcher's season of "The Bachelorette," Lace said,

It really was mutual. We both have our issues we need to work on, and we can't really give each other what we need at this time. It's just not the right timing. We have so much love for each other, and it's weird because the chemistry is there, and I'm thinking, 'Why can't we make this work?' But it's just not possible right now.

For a month, we were kind of starting to bicker, and it was a thing of, something's got to give. It was a cycle we couldn't break… I think he's an amazing man. I'm super sad that it ended, but I know it's for the best right now.

Despite the fact Lace and Grant have called off their engagement, this does appear to be a pretty amicable split.

Grant also weighed in on the breakup. He told Entertainment Tonight,

She's a great person. There were things we were trying to work on that we expected to get better with time, and unfortunately it kind of went the opposite way. When you're in a regular relationship there's already challenges you face. We did everything backwards… I don't regret going on the show [though]. It kind of fast-forwarded our whole situation. We figured everything out now that it takes most people a couple years to figure out.

Don't shed those tears just yet, though, because Grant absolutely left the door open for the pair to get back together. He said,

I could only pray or hope that there is a future with us. I see one, but I just don't know when.

I really hope these two figure it out.