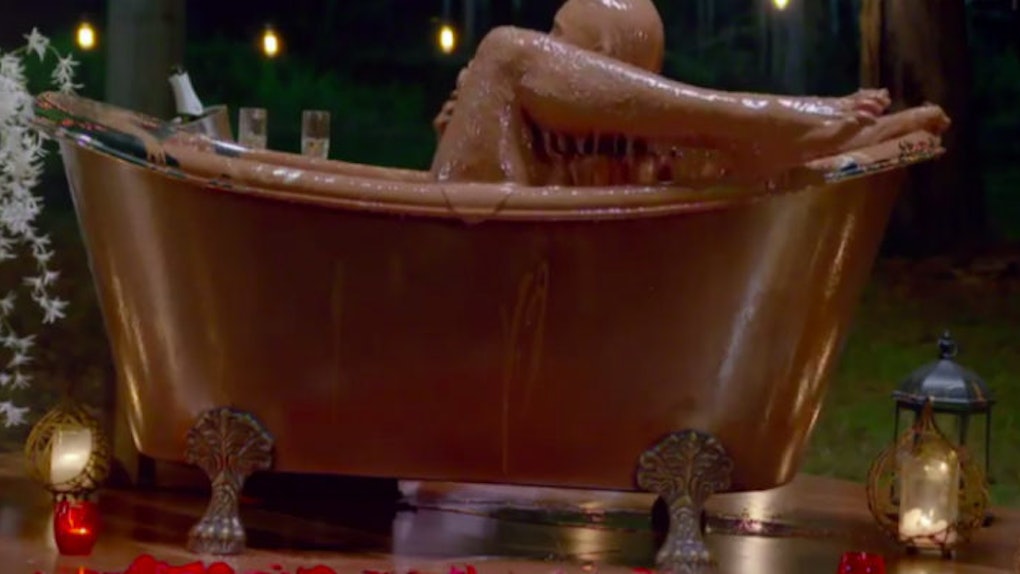 Australia's version of "The Bachelor" started off innocently enough on Thursday night's episode.

The sought-after Bachelor, Richie, took Alex on a private date where they learned to make chocolate from a Lindt chef.

But somewhere down the line things went terribly wrong.

Richie led Alex into the middle of the woods, which is already sketchy AF, to a random metal bathtub filled with melted chocolate.

Why would you do this? If the love of my life asked me to hop into a pool of liquid chocolate I would turn and run away as fast as I could.

I would accept my fate of being a cat woman. Cats never attempt to drown you in a diabetic coma. I would rather die alone than get into that bath.

I need to know whose idea this was because I guarantee it was a man's. Chocolate and lady parts should not ever, ever meet.

Twitter users immediately went in on what appeared to be a literal shit-storm.

Confused fans couldn't help but see the similarities between Alex and Augustus Gloop. But no Oompa Loompas came to remove her. They never came... THEY NEVER CAME.

Love is not dead.

Australian "Bachelor," what is going on Down Under? Are ya'll OK down there?