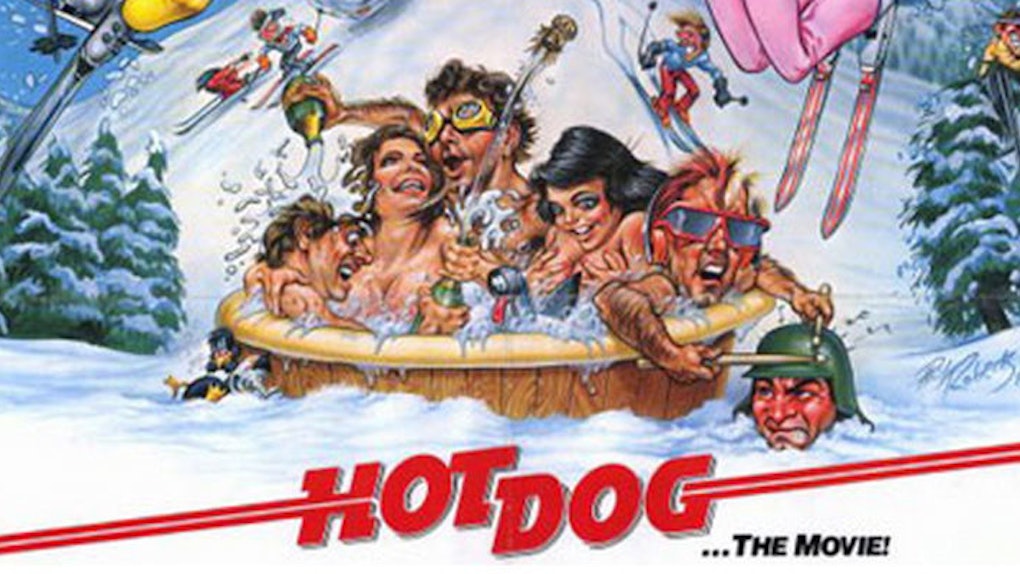 Here at Elite Daily, we're stoked about the Winter X Games starting in less than a week. To get ourselves ready, we thought we'd take a trip back in time... a time when hair reached for the sky and ski movies were at their prime. We're talking about the '80s.

In the classic '80s ski movie setup, one friend tries to focus on perfecting his skiing techniques while the other works on his pick-up lines. Watch it just to see a young Jim Carrey acting so, so Jim Carrey.

Best Quote (from an IMDB review): "It wasn't a movie at all. It was just a promotional video for club med."

An Idaho farm kid finds his nemesis in a snooty European skier as they duke it out for the top prize at a skiing world championship. Oh, and they party a lot. Because it's the '80s.

Best Quote: "Hey, Rudy, you can kiss my ass. Not on zis side and not on zat side, but right in zee meedle!"

John Cusack's girlfriend dumps him for the best skier in school, so he turns to Curtis Armstrong of all people to teach him how to ski -- to win her back, of course.

Best Quote: "Man, you're the hottest thing since sunburns!"

This rockumentary-style ski adventure is all about shredding that powder. Definitely the most fitting to get you amped for the X Games, this film features the pioneers of extreme skiing showing off their moves -- all to the sound of synth-centric tracks.

While not technically the '80s, 1991 is practically the same thing. In this incredibly sexist time capsule, it's rich bros versus poor bros battling it out over ski chalet babes. Think "Dazed and Confused" hitting the slopes.

This Swedish masterpiece might as well be the complete opposite of an '80s ski movie. Tensions build for one family on a ski trip after an awkward lunch slowly unravels the fabric of their relationships. It gets intense.

Best Quote: Where do I even begin? You'll just have to watch and read (unless you know Swedish) for yourself.