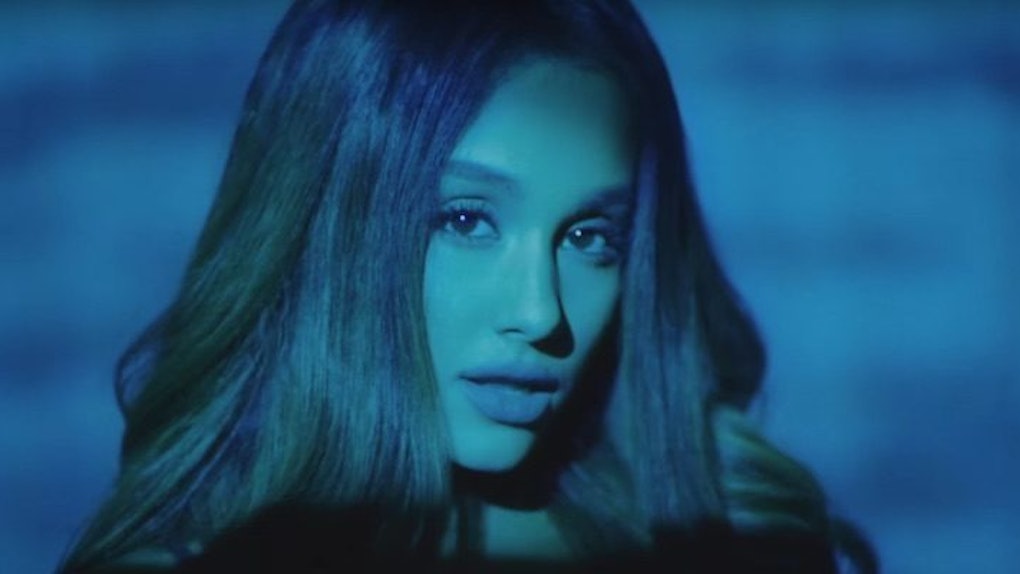 Ariana Grande's music video for "Dangerous Woman" is here, featuring Ariana being all dangerous and womanly.

We've got Ariana in sexy undies, and we've got blue and purple lighting, and that's pretty much it. There's not much more to the video. Honestly, it doesn't even seem that dangerous. The video is titled "Dangerous Woman (Visual 1)," so maybe we can expect more to come.

In the meantime, though, there is one thing Ariana fans find familiar about this video. Think about it for a sec.

It's tugging at all the heartstrings of Grande fans, who went all nostalgic over how far Ariana has come.

You see what they're saying, though? Dat parallelism.

The lighting, the poses, the vibes. Major flashbacks to 2013.

The throwback is making some fans hella emotional.

It showed them how much Ariana's grown in three years.

Fans are here for this growth. Ariana, you're crushing this maturity thing.

The Way Vs. Dangerous Woman - She's grown into such a sexy and confident woman, I love her pic.twitter.com/VUR2GshofV — Inti (@ItsMeInti) March 31, 2016

Because seriously, you guys, look at those similarities.

Of course, not everyone is on board with the new, grown-up version of "The Way."

The video for dangerous woman is boring it's basically The Way MV but sexier!? should've came out with something badass — asereT (@mezastagram) March 31, 2016

But, most of them are too busy crying over Ariana to hear the haters.