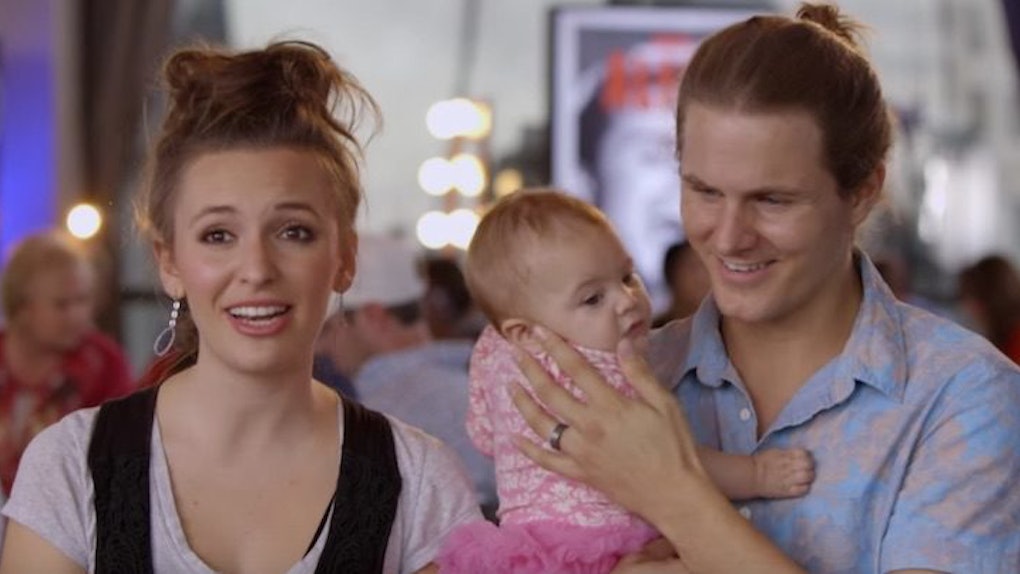 If you ever wanted to see a marriage completely unravel, you should watch this.

There is literally nothing comfortable about this musical trainwreck of a video.

It's seven minutes long, and you will need a nap after because of how emotionally exhausting it is.

There is a part in the final 30 seconds I had to rewatch three times to make sure I saw it correctly, and I'm convinced it's one of the best moments to happen in TV history.

But let's not skip to that part yet when there are sooo many awful, great, awful, awful parts of the clip happening before it.

Right off the bat, these two seem like the couple at your barbecue who would totally bring an acoustic guitar, even though nobody asked them to, and then make everyone at that party say the words, "Sure, Alex, I'd love to hear a new mashup you composed featuring Miley Cyrus music with Bruce Springsteen lyrics.”

They're just the nicest people who are also, somehow, simultaneously the worst.

So, before the audition even starts you already hate everything, and then the audition starts, and you realize you didn't even know the definition of "hate" yet.

For some reason, they audition separately -- but in the same room at the same time with their baby -- making things absolutely terrible, and the audition video is made only more terrible when everyone slowly realizes the mom isn't going to make it to the next stage.

Harry Connick Jr.'s face when he realizes the mom isn't getting through is remarkable…

…but not as remarkable as JLo's.

Then, the dad auditions and actually ends up getting through to the next round, leading to a small fight at the end I won't ruin for you, but it involves maybe the best "Dafuq You Talkin' About?" face ever.

Better luck next year, Alex. Oh, wait, this is the final season. *Slowly backs out of door.*