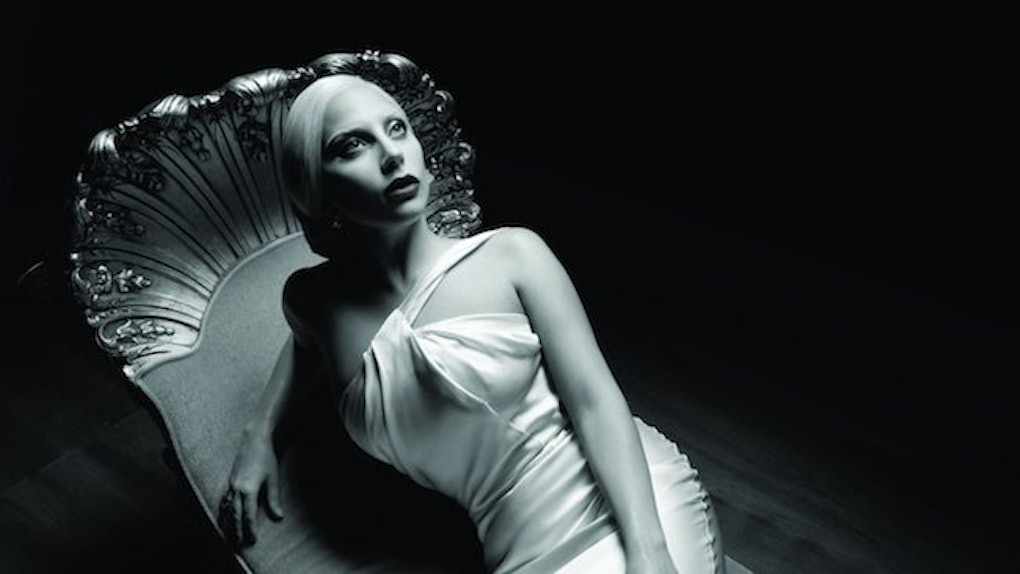 If you're a fan of American Horror Story, you probably have your favorite season — or at least, the one that scared the bejesus out of you. (Those are the same thing, right?) But if you're the kind of fan who likes to take the deep-dive into the behind the scenes stuff, this'll really thrill you. Series co-creator Ryan Murphy recently posted an Instagram that seemed to confirm a major theory about American Horror Story and what's tying the whole series together.

“Interesting,” he captioned it.

Look closely. In parentheses are the names of seasons of American Horror Story: “Murder House,” “Coven,” “Roanoke.” But the names that are next to them?

Those are circles of Hell, you guys.

If you ever got assigned to read Dante's Inferno back in high school, these'll be familiar to you. The book names nine circles of Hell, getting more and more intense in punishment the deeper you go (oh yeah, Hell is a giant hole, too, just roll with it). It starts with Limbo and goes down nine levels, all the way to the deepest circle, Treachery. Except for the first and last, they more or less correspond with the seven deadly sins.

Murphy laid out the AHS connection: Limbo, the first stage, is associated with “Murder House,” Gluttony with “Hotel,” Greed with “Freak Show,” Anger with “Roanoke,” Fraud with “Asylum,” Treachery with “Coven,” and Heresy with the upcoming season, “Cult.”

Note two spots left: for the second circle, Lust, and the seventh, Violence. How wonderful to remember, then, that there are still two whole seasons of American Horror Story to come, as Entertainment Weekly points out.

Fans have been wondering about a literally Hellish AHS for years.

Murphy may, of course, just mean that it's “interesting” that the seasons he's already made correspond so closely with the circles of Hell. It may not have been planned all along. But if it hasn't, then it works just a little too perfectly. What do you know that we don't, Ryan??

Either way, I hope that he does take inspiration from those other circles for those last two seasons. Not that AHS needs extra inspiration to be creepy.

It's doing just fine on its own.