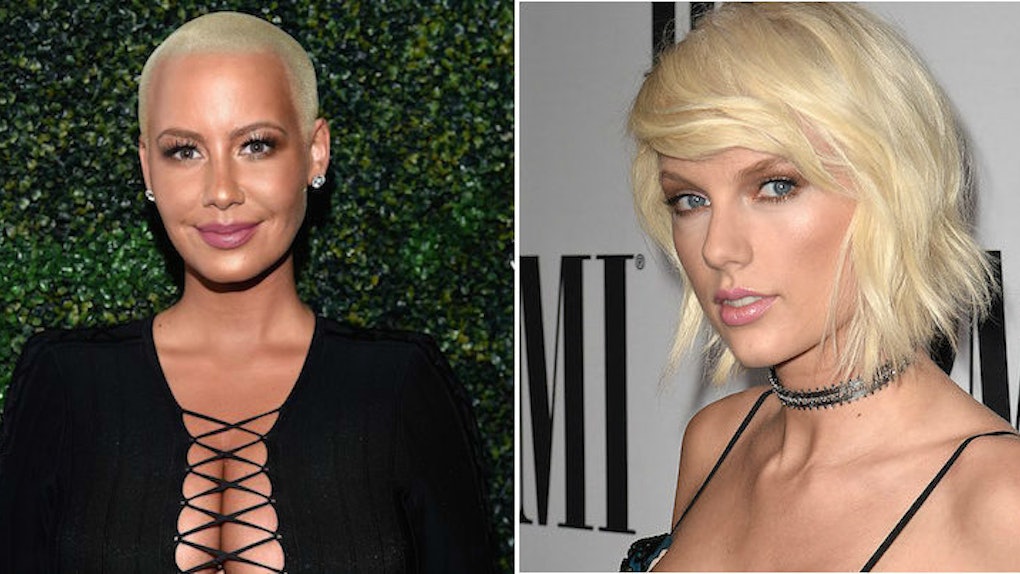 Now that it seems like Taylor Swift and Tom Hiddleston are probably dating, I know what you're all thinking: Well, what does Amber Rose think of the news?

Anybody? No? Nobody was thinking that?

Amber told The Daily Beast she had seen the photos of TayTom (Hiddleswift?) (Swiftleson?) smooching on the beach, and she thinks it's totally great.

I did see that and I think she's fucking awesome. I mean, I don't know if it's staged -- but that's how it is! I was on a private beach in Maui -- you literally had to drive three hours from the airport to get to this beach -- and paparazzi still caught me.

So Amber is proud of her girl Tay for scoring that tall beautiful British man. I think we are all proud, really.

Amber also hinted she thinks the photos are real, since she sympathizes with the two for trying to find a remote location to smooch. Amber was more than a little shaken over the fact not even that private beach in Maui was actually private.

I saw it on TMZ the next day and I couldn't even believe it. I thought that was a safe place, and it was not. I can't go anywhere in the world. It's ridiculous.

Amber also stands by Taylor in the face of her haters, some of whom claim Taylor is going through guys too quickly (because they are qualified to judge her life, apparently). Amber said,

I love Taylor, for sure. Absolutely. And I feel like guys do that all the time -- they break up and the next day they're with another girl and nobody really says anything. But with Taylor it's, you know what, I'm done with Calvin [Harris] and it didn't work out, so on to the next.