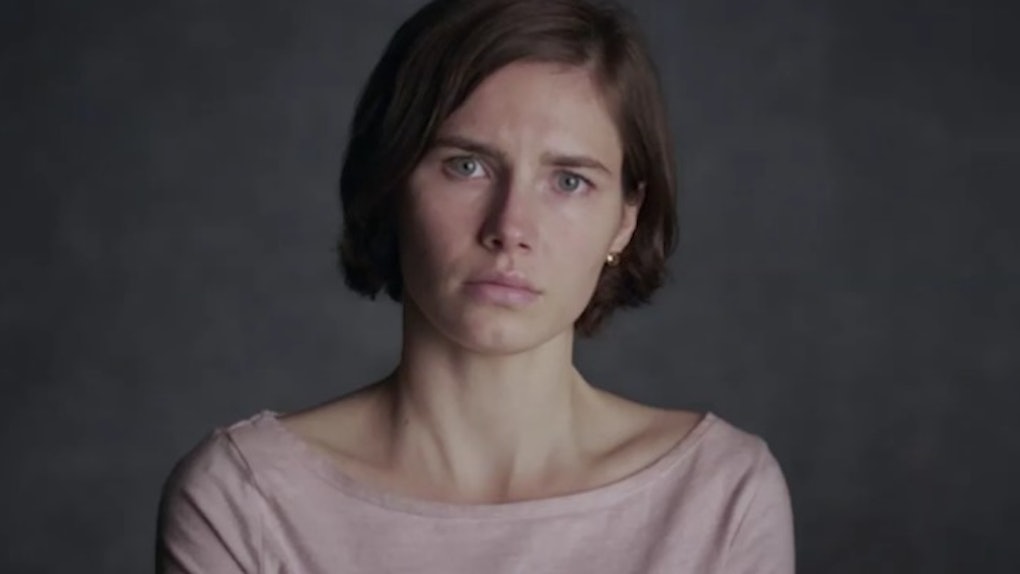 If you're looking for a new film to binge watch this fall, look no further because we've got you covered.

On September 30, Netflix is releasing a new documentary called "Amanda Knox" and the trailer just dropped. I CAN'T HANDLE THIS.

The film will focus on the case surrounding the American woman who was put in prison for the murder of Meredith Kercher back in 2007.

Knox was studying abroad in Perugia, Italy when her British roommate (Kercher) was found dead in their house, completely slaughtered.

Knox and her boyfriend Raffaele Sollecito were arrested and spent almost four years in an Italian prison for a murder they didn't commit. Now, we're getting their full side of the story.

The preview is only a minute long, but it's absolutely chilling. In the short clip, Knox stares into the camera and tells us,

Either I'm a psychopath in sheep's clothing... or I am you.

If you were a big fan of "Making A Murderer," then I suggest you add watching "Amanda Knox" to your to-do list.

You can check out the full trailer in the video above.