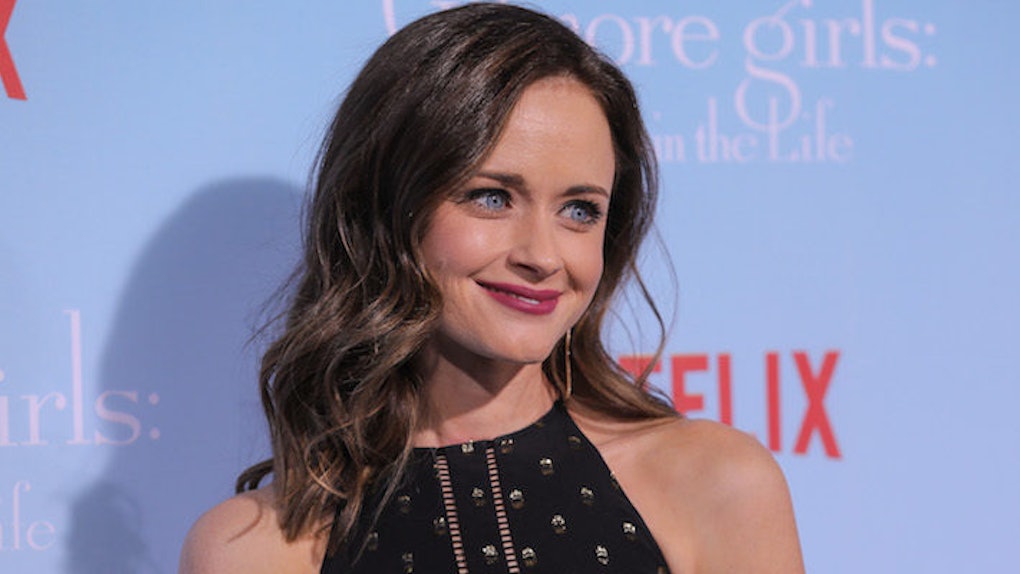 Warning: This post contains spoilers for "Gilmore Girls: A Year in the Life." Not about the last four words, but about a lot of other things. Read at your own risk.

If Rory is your favorite "Gilmore Girls" character, then I am very sorry because that revival couldn't have been easy for you to watch.

It wasn't particularly fun to watch our girl, Yale graduate and Stars Hollow's pride and joy, fumble through the same mistakes she was making when she was in college.

Namely, having an affair with a soon-to-be-married man, namely, Logan.

And it's not just the affair part that made it weird. Why is Rory sleeping with her college boyfriend whom she broke up with eight years ago? And why is she stringing along some other guy (poor, poor Paul) while she does it?

I think I, along with many other fans, had hoped by the age of 32, Rory might have matured a bit more.

As it turns out, 35-year-old actor Alexis Bledel didn't expect this less-than-moral storyline for her character, either.

In a recent interview with Entertainment Tonight, Alexis said,

Huh. I admit I didn't really see it that way — it actually seems like Rory is pretty emotionally invested, considering the way she acts whenever Logan brings up Odette.

But I guess I can't really blame Rory for getting emotionally invested in this:

Matt Czuchry, the 39-year-old actor who plays Logan, also felt it was a little more than just routine keeping these exes together.

Welp, again, not to spoil anything in this article, but Logan and Rory miiiight have some talking to do about this "mutual relationship" soon.