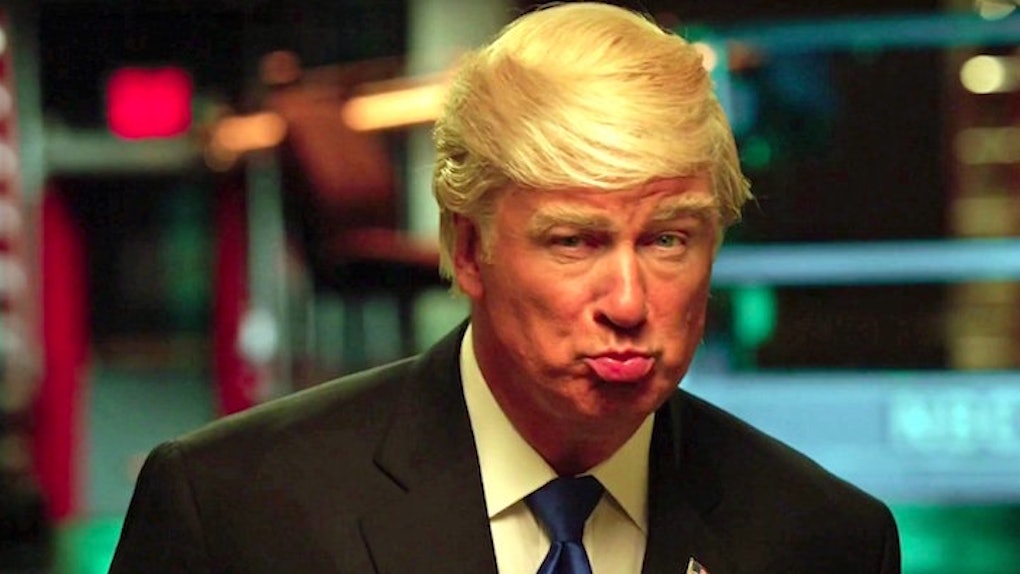 Alec Baldwin Will Be Trump On 'SNL' For Whole Season

We feel like this move speaks volumes of just how much Alec Baldwin detests the Republican presidential nominee Donald Trump.

After all, the Emmy-award winning actor has quite a full plate. He hosts his own podcast, "Here's the Thing," he's the host of the revival of the hit game show "Match Game," and he and Hilaria Baldwin just welcomed a new baby in September.

So for Baldwin, who currently holds the record for most times hosting "Saturday Night Live" with 16 episodes, to take time out of his busy schedule to play "The Apprentice" star Trump is no small task.

On the season premiere of "SNL" on October 1, Alec Baldwin will play Trump, a role he will play for the entire season.

It will work in about the same way as how Larry David appeared as Bernie Sanders last year.

Previously, Darrell Hammond, a former cast member and now the announcer of the show, played Trump. This, however, will certainly free up the impressionist to appear as Bill Clinton.

Before Hammond donned the orange makeup, Taran Killam, who will not join the cast for season 42, played the presidential hopeful.

Baldwin, who is a close friend with producer Lorne Michaels and also appeared on his NBC sitcom "30 Rock," signed on, officially, earlier this week.

Despite Baldwin's tenure as host, where he impersonated Al Pacino, Bono, Tony Bennett and Texas Governor Rick Perry, this will be his first time portraying Donald Trump.

The actor has had a number of choice words for Trump. Recently, he said to Ellen DeGeneres,

We don't really want a president who looks like he's been dipped in movie popcorn butter.

He also told The Telegraph,

Trump is the first presidential candidate made of hate.

"SNL" returns for its 42nd season on NBC on October 1. Margot Robbie will host with musical guest The Weeknd.