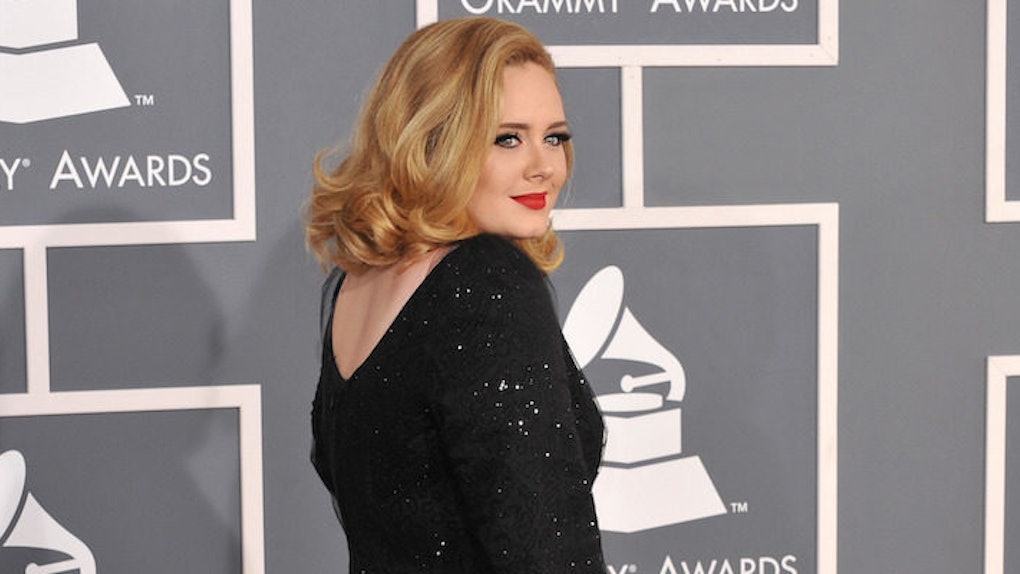 Adele spent Sunday night performing in Antwerp, Belgium, but her heart was firmly rooted in Orlando.

The British singer teared up while dedicating her show to the victims of the mass shooting at Pulse nightclub in Florida.

She told the crowd,

The LGBTQIA community, they're like my soulmates since I was really young, so I'm really moved by it.

Though most of Adele's catalogue is cathartically depressing, she kicked off her performance with two dance-worthy songs.

I don't know why I'm crying already because most of tonight is pretty miserable, because my songs are fucking miserable. I do have two songs that sound happy, but they're not, and if you'd like to dance, this is your final chance, literally … If you would like to dance, please join me now.

Adele then launched into “Rumour Has It,” while the crowd danced along joyfully, channeling precisely the kind of free-spirited fun each victim of the worst mass shooting in US history was trying to enjoy this weekend.

Once again, Adele expertly speaks for all of us.