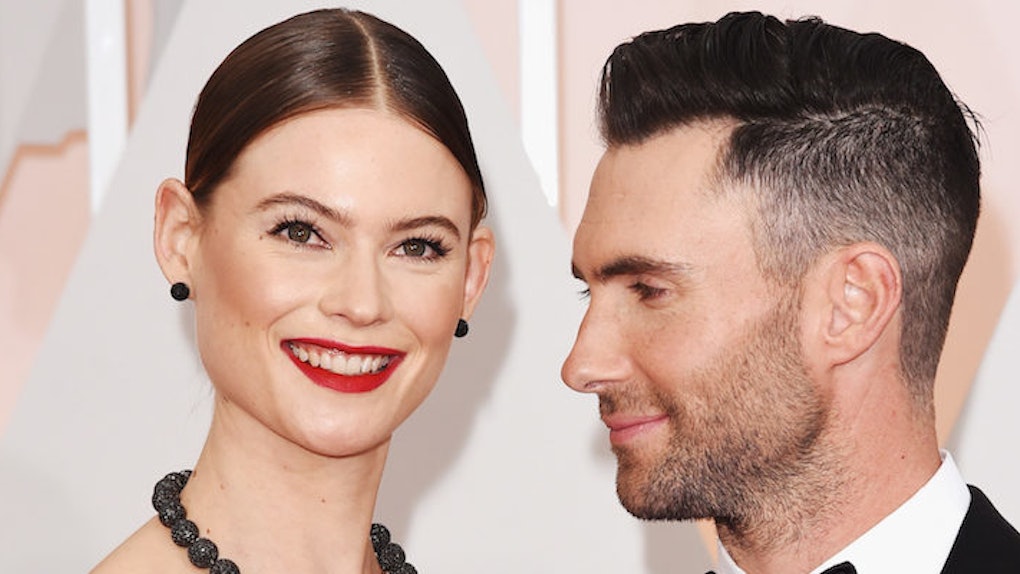 Behati Prinsloo and Adam Levine, who were married in Mexico in July 2014, are expecting their first child, Us Weekly reports.

Sources told the magazine the 26-year-old Victoria's Secret model is three to four months into her pregnancy, and her musician hubby can't wait for their little one to arrive.

For the model's sake, here's hoping Prinsloo is expecting just one flawless child, rather than 100, this time around.