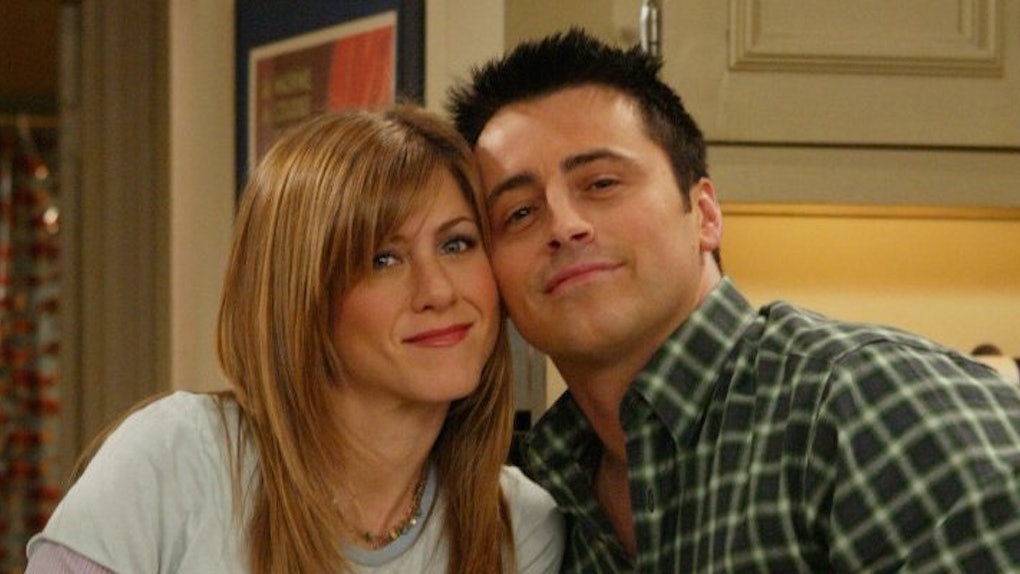 8 TV Friendships That Should Have Stayed Platonic

Television shows are full of quirky friendships that blossom into lasting relationships and prosperous marriages.

But there are so many TV show friendships that tried on a “relationship” title and failed pretty hard. They don't get nearly as much love, but they're definitely worth taking a look at.

I loved the dynamic between Sam and Diane in the first season of "Cheers" so much. The sexual tension was just right because the two characters were so different, and it added to the fun of seeing them constantly butt heads. It was a classic "Odd Couple" story, complete without any actual romance because they acted like feuding siblings.

Then, they became a couple. Their relationship was filled with little lies, competitions and power plays. It was a disaster, not only for the characters but for those of us watching. As a couple, Sam and Diane did nothing but tear each other down. Sam falling off the wagon after they broke up showed how destructive the whole thing was, and that wasn't very fun when both characters were otherwise so endearing.

"Cheers" might've had to let Sam and Diane date at some point, but their platonic relationship was always more interesting. As good as "Cheers" was, it's worth considering whether it might have been an even better show if it had just let Sam and Diane stay friends the whole time.

Barney and Robin, "How I Met Your Mother"

Some couples who drunkenly get together work out in sitcoms: Chandler and Monica in "Friends" might be the best and most famous example. Unfortunately, comparisons to Barney and Robin's relationship basically end there.

Whereas Chandler and Monica's relationship quickly moved forward into a very committed, loving and healthy long-term relationship, Barney and Robin waited another season and a half before even giving a real relationship a try. And even then, they basically had to be forced into trying by their friends. Not a great start.

The truth, though, is casually sleeping together for a summer without anyone else knowing is about as close to a healthy relationship as these two ever got. They broke up and got together on more than one occasion, cheated on other significant others and ultimately got divorced two years after getting married when the show spent an entire season on their wedding weekend.

At the end of the show, it was clear neither of them were better off or really had even learned anything from their relationship attempts. Their romantic involvement essentially just wasted years of their life and ended a very real friendship.

These two had been best friends since they were kids, so it's believable A) they really would keep having feelings for each other, and B) the show would want to give them a chance to try a real romance. Trouble was, they tended to get feelings for one another at all the wrong times, usually while they were dating other people. That's a red flag.

After they finally did get together, they broke up when Vanessa received a job offer from CNN and Dan encouraged her to go. The romantic relationship they had was brief, sporadic and essentially pointless.

Tom and Ann, "Parks and Recreation"

I have so much love for these two characters, but their attempted relationship was fumbling from the get-go. Although, admittedly, that was part of the fun when they finally did give it a shot. This is a comedy, after all.

From the start of the show, Tom was always really into Ann. Like, obnoxiously so. Ann never really showed any interest, but since her character arc is about her disillusionment with dating, particularly after her first run dating Chris, she gives it a semi-real shot with Tom out of desperation.

Of course, it doesn't work out because there's no real connection or chemistry between them. Their brief relationship was entertaining to watch but was clearly very one-sided.

These two were best friends almost immediately in the show, but by the time they decided they were in love with each other, George had gotten married to another woman, which is never a promising start.

Not to let that stop them, they had an affair because their love was so real. Only, when George got divorced and they had their go at a real relationship, it did not go so well. A ruined marriage later, they were just friends once again.

Sometimes sexual tension does not translate to sexual chemistry. George and Izzie were never meant to be in a romantic relationship, and they probably would've been better off if they'd upheld George's marriage vows in the first place.

To be honest, I was actually somewhat of a fan of this fling. I particularly loved seeing Joey fall for Rachel in season eight. And in this case, unlike many on this list, it actually sort of made sense the depth of their friendship would cause them to develop a curiosity about romantic possibilities.

When Rachel started developing feelings for Joey and they actually tried a relationship in season ten, though, it was obvious their attraction was not meant to be.

Love in friendship doesn't equate to sexual or romantic love. They're related, maybe, but they're not the same thing. Joey and Rachel couldn't handle getting physical with each other. There was a part of each of them that felt it was weird to have a sexual relationship.

These best friends grew up having sleepovers and being easy friends until the hormones kicked in and things got confusing. Joey developed feelings for Dawson, but Dawson got feelings for the new girl next door.

Years later, when their feelings finally aligned and they got together, we all thought it was what we wanted. It was Dawson and Joey! How could it not be great?

Unfortunately, as a couple, Dawson and Joey were pretty miserable together. Their crushes on one another had built up so strongly that it felt destined to be for these teenagers, but ultimately their personalities were not well suited for the relationship they thought they wanted.

Unpopular opinion, I know, but I do not like these two together as a couple. The two of them are so uniquely quirky it seems they must end up together. Even though the chemistry between them was real, overall they don't want the same things. They don't make each other better, they just complicate each other's lives.

They care a lot about each other as friends, but their relationship with each other was too straining. On some level, these things have to be easy, and with Nick and Jess, it never seems like it would be.