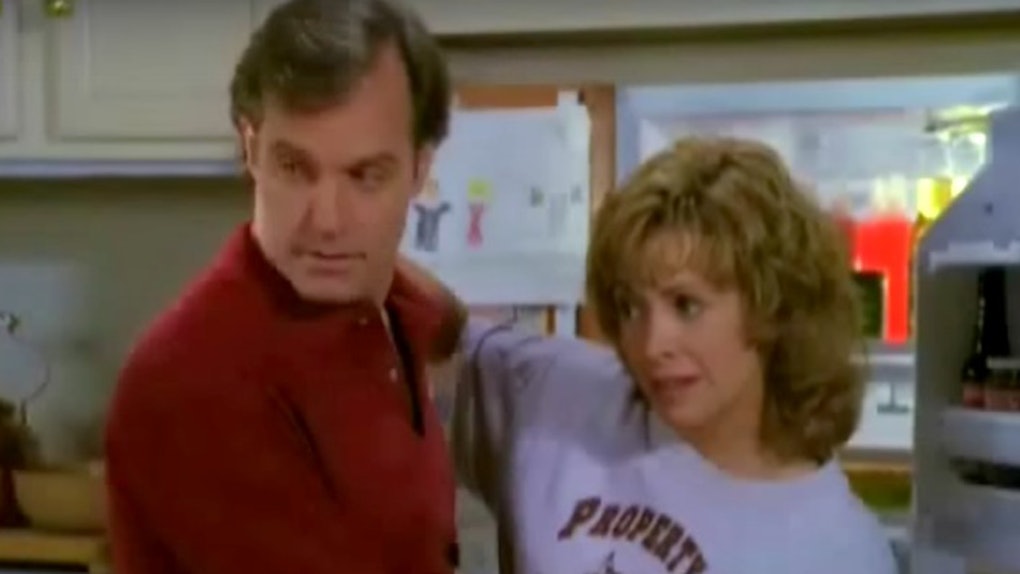 '7th Heaven' Mom Is Up For A Reunion Minus Stephen Collins

We're living in a world without a "7th Heaven" reboot. Panic.

While classic '90s shows like "Boy Meets World" and "Full House" have been recently recreated since their prime, "7th Heaven" hasn't.

Will there EVER be a remake, reunion or reboot of some kind? It's not impossible. Just keep your fingers crossed and listen to Catherine Hicks, the actress who played the role of Reverend Camden's wife, Annie Camden.

This epic clip should help refresh your memory.

The camera-wielding folks over at TMZ caught up with the 65-year-old actress to ask for her thoughts on a "7th Heaven" reunion sometime in the near future. While she didn't shun the idea completely, she does have one strict rule...

Reverend Eric Camden, played by actor Stephen Collins who confessed to sexually abusing teenage girls, would have to be ditched from the production.

When asked if she would ever get together for a "7th Heaven" reunion, Hicks said,

You know, I don't know. I mean we'd have to open with Stephen's coffin.

She did not hold back -- and rightfully so.

Rather than sugarcoating her answer and indirectly supporting Collins and his actions, Catherine Hicks basically said she's down to make it happen but Collins' character has to be written out of the script.

No, but I mean... You know, it's all up to networks and those type of things.

Given Collins' confessions to lewd acts with minors, it's no surprise that Hicks would want his character as Reverend Camden to take a backseat.

Hicks also stated that she's sure both Jessica Biel and Beverly Mitchell would love to spark up a "7th Heaven" reunion and that they get together all the time.

As a matter of fact, both Biel and Mitchell's throwback Instagram posts are what inspired TMZ to even mention a possible comeback.

Yeah, it's safe to say we need a "7th Heaven" reunion ASAP.

I don't care if their outfit choices and hairstyles were extremely questionable, the world cannot wait much longer.

Citations: '7th Heaven' Star Is Game For A Reunion, As Long As Reverend Camden Is Dead (Huffington Post)