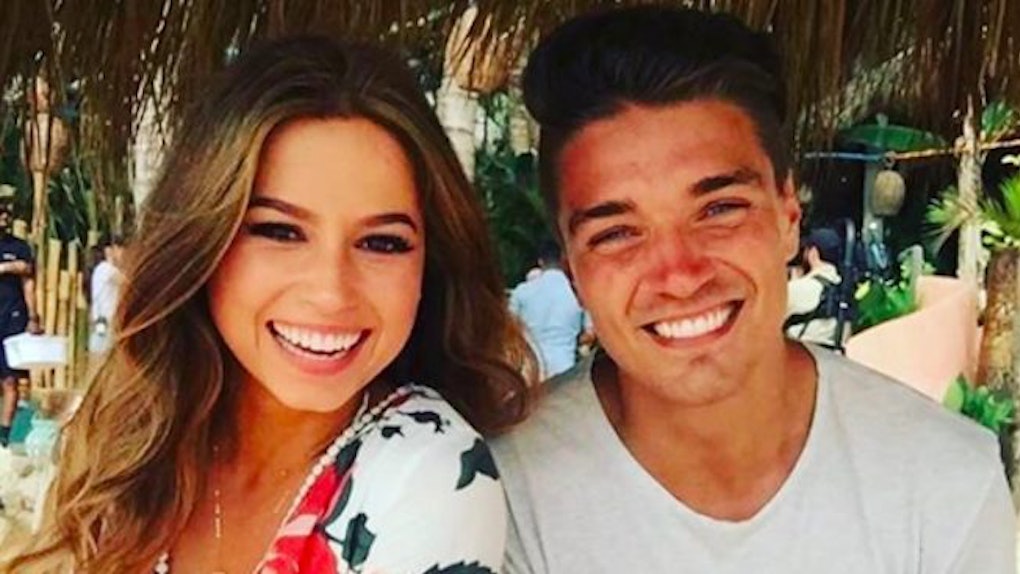 After all that went down on Bachelor in Paradise, is there still a chance that Dean and Kristina could make things work? With no distractions and no roses to give out, maybe their love could blossom IRL, and just not in the confines of a beach full of people on reality TV. While the much-speculated about duo aren't confirming a relationship, photos of Dean & Kristina after Bachelor In Paradise, as well as their recent words regarding one another, have us thinking that there are a few reasons why there may be hope for this couple yet.

1. There Were Real Feelings Involved

Every point in the whole D-Lo, Dean, Kristina love triangle had a moment to address the situation and speak their mind in the BIP finale special. Dean revealed he still had "strong emotions" for the one who got away in Paradise -- OK, let's clarify -- the one who got away after the guy she was with decided to explore things with another woman, thus playing her in the process. “I actually am in love with this girl, and yet I lost that to pursue something else,” we saw Dean say back in Mexico after Kristina left.

Kristina had a chance to weigh in on their relationship, explaining,

I hope that whoever is next in your relationship that you will never treat them like that … I was really willing to work on it because I believed in us, but I will alway share that love for you because it was intense, but it was real and I haven't experienced that before… I will always have a special place in my heart for you, Dean.

Of course, D-Lo revealed that Dean hit her up after the show and they had a thing, so that definitely complicates things. Or does it?

According to recent interviews, and of course the fact that they've been doing press simultaneously, Dean and Kristina haven't ended close communication. In fact, he admitted to Extra on Tuesday that the pair talks "every single day." "I think for her to be, I guess, so exposed over the course of the month we were in Paradise together, there just needs to be a rebuilding of trust between the two of us, and that's not gonna happen overnight. I mean, we still talk a lot. I talk to her every single day. So we're just figuring it out," he revealed. Interesting... So, it appears he's open to the idea of rekindling the romance. He told Us Weekly "we're just for now casually talking and seeing if there's anything there."

3. Dean's Trying to Learn From His Past

Danielle L., Kristina, and Dean all headed to Ellen on Monday to set the record straight, and of course, Ellen wasted no time getting to the hard-hitting questions. When she asked about the possibility of Kristina and Dean giving it another shot, Kristina laughed, “only if this guy learns from his mistakes." And perhaps he did. "I see looking back maybe could have handled things much better and I did handle things pretty poorly," Dean told DeGeneres. Ya think?

In a classic post-breakup social media move, Dean took to Instagram last week to prove that he still puts his former flame on a serious pedestal. Whether his intention was a subtle plea to her that he wanted her back or a maneuver to get back in the good graces of Bachelor Nation (or both), his feelings about her were pretty clear.

And they continued posting photos of the two of them in Mexico throughout the season's run, despite everything that took place.

Whether Dean and Kristina go the friends route, part ways, or take active steps to rebuild trust and start a new relationship, we wish them nothing but good things to come. Hindsight is 20/20 when it comes to love. Especially in Paradise...