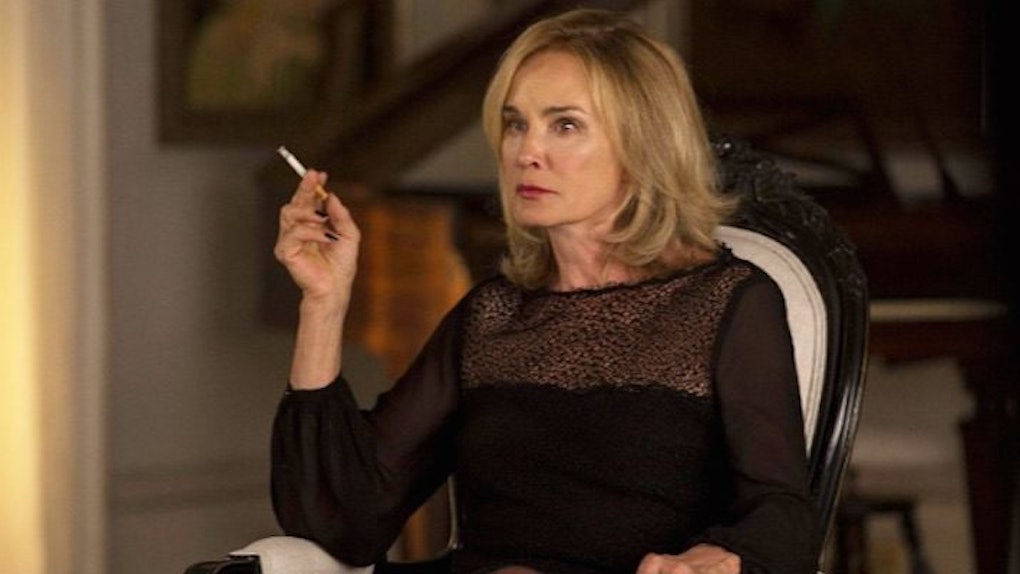 How To Handle Life's Toughest Situations, As Told By Jessica Lange In 'AHS'

Come mid-September, the sixth season of "American Horror Story" will air without a trace of Ryan Murphy's muse, Jessica Lange, to cripple our hearts and minds with her unparalleled talent and sick blowouts.

Though JL hasn't led the show since season four, many of us are still in the early stages of grieving her departure. If we power through our denial and accept she's not coming back, it may finally dawn on us just how much she's selflessly given over the course of four seasons.

In fact, "American Horror Story" has provided us with a Jessica Lange reaction for every possible scenario.

When your friends say they're busy but you stalk their Snapchats and see they all went to Six Flags without you.

When those cramps be killin' ya.

When your date says, “Yo, you want the rest of this? I'm not gonna finish it.”

When Nick Jonas does anything shirtless anywhere ever.

When your Saturday night regrets haunt you in the daylight.

When you play it a little too cool for the hottie at work.

When your cousin shows up to your goddamn wedding in a white sundress.

When you've been broken up for four months and she still hasn't picked up the rest of her shit from your apartment.

When Trump asks to buy you dinner and, depending on how that goes, french you later.

When you lay down for a quick nap and wake up a full 14 hours later.

When you think it's okay to wear white pants, but your uterus ain't done sheddin'.

When a Trader Joe's cashier tells you they're out of cookie butter.

When you sus AF and you know it.

When your BFF asks you to come hang out with her boyfriend and his friend Jeremy.

When your brother gets drunk at your improv show and heckles you like an asshole.

When your roommate and her shitty vape threaten to move out.

When you super glue that toilet seat down.