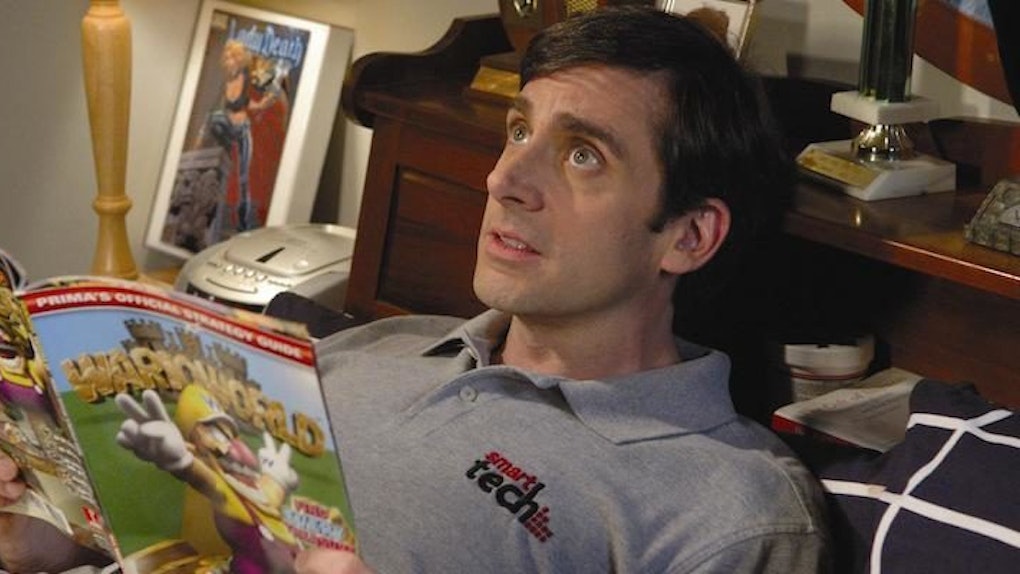 I still remember the smirk on her face when my whole world came crashing down.

I'd been strong, refusing to fall for her tears. I would never forgive such betrayal.

Then, her phone lit up. It had a wallpaper that still featuring us cuddling on our couch.

Her face lit up just as brightly. She didn't think twice about answering.

I could hear his voice. He invited her over.

He was clearly unaware of the drama taking place in our apartment of almost two years.

"Sure," she said without hesitation, making eye contact that twisted a knife in my spine.

Off she went, while I shouted obscenities out the window.

For the next 372 days, I had maybe three or four dates, with no sex.

I was repelling women every weekend, and I had no idea why.

Luckily, I moved to London. I learned to enjoy life, slept with a fair share of females and ultimately fell in love.

Here are the things I learned from my year of not getting laid:

1. Don't be obsessed with getting a girlfriend.

I was so desperate to get a replacement girlfriend and revenge on my ex.

I wanted to prove I was attractive enough to woo other women. I really wanted them to want me.

This neediness was there for everyone to see. No woman wants a boyfriend who makes her his be-all and end-all.

She wants to date a champion who conquers all areas of life.

Nobody wants a needy worm.

Approach beautiful ladies. But also create a life in which you're content without them.

Have passions, friends and hobbies that don't revolve around her.

A man can either present himself as a "lover" or a "provider."

The lover thinks short-term. He's sexual and shows women how to have an awesome time.

The provider thinks long-term, showing off the love, stability and social status he could give her.

But it's also because he presents himself as a long-term choice looking for love.

Even if the woman wants to have sex straight away, she won't because that's not the behavior a provider appears to be searching for.

A provider's courtship impresses her with material possessions. It's all about the man chasing and the woman choosing.

Deep down, women don't want this sort of courtship.

There's no mystery, no tension and no excitement.

For the post break-up provider I'd become, that meant no putting out.

3. Don't act desperate when it comes to women.

It's supposedly gentlemanly to put women on a pedestal.

In reality, this ruins any attraction she held for you. Suddenly, you're the same as every other chump who chases her.

That's not what she wants.

Hold her to high standards. Don't do her any favors you wouldn't do for a friend.

Women want a boyfriend they have to fight for.

Remember when online dating was only for divorced parents, serial killers and the socially anxious?

I gave it a go anyway. I joined Match.com and prayed it wouldn't recommend me to my mom's friends.

I finished the famous eHarmony personality test, which is more cringeworthy than a pregnancy test, and takes 20 times as long to complete.

Have you ever heard men complain how hard it is to get a response on these romance websites? They're a rip-off.

This mathematical article explains why you should avoid them.

I splurged on fancy shirts, designer jeans and expensive shoes. I traded beers for dumbbells. I swapped sugar binges for salad bowls.

My abs were strong enough to crunch a crowbar.

All this still didn't get me laid. I still felt inadequate.

My fortunes changed within days of moving to London.

It was something to make me excited about life, and I started seeing success with women almost immediately after.

This was while wearing the same clothes I'd been getting rejected in for the past year.

My only goals were to party with plenty of girls and have a great time in London.

Isn't it funny how chicks want you more when you're not bothered about them?

Suddenly, I was the fun guy giving good vibes to girls. I did not need something from them.

My girlfriend would have run for the hills had we crossed paths a couple of years ago. By the time we bumped into each other, I was only bothered about having a brilliant time.

Maybe that made me stand out.

Could I crash and burn again if we break up? I'd certainly be crushed, but there's no need for me to become the beta male of before.

There's no need for you to ever be one, either.

Follow the advice in this article, and you'll always be a man women want around.