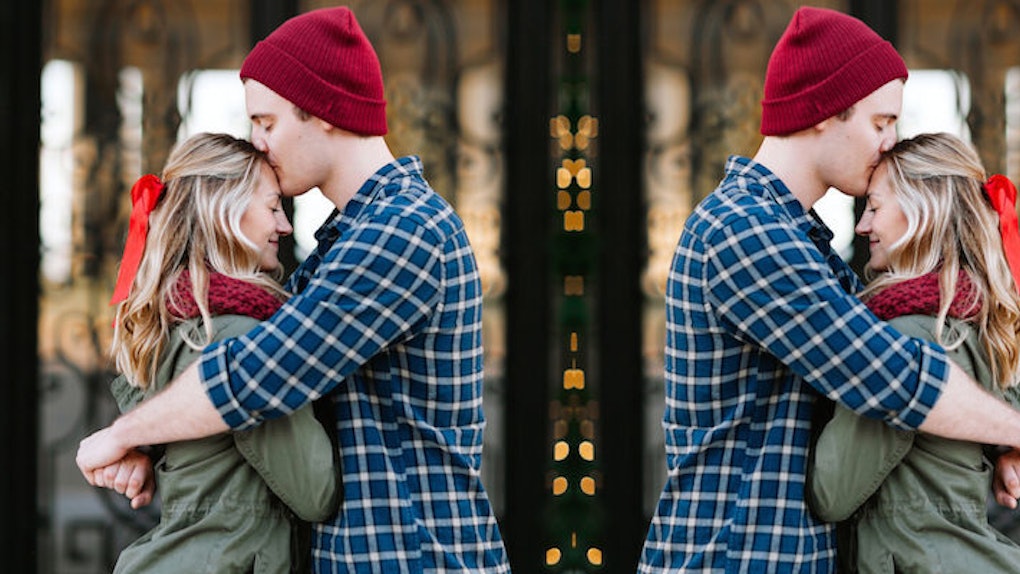 Take it from me: When you are dating an endless stream of sucky douchelords, it is hard to see how bad they really are.

You just don’t know anything else. Douchelords become your norm. You really start to believe that being slightly interested in someone means you're having real feelings for that person.

You don’t get a call the morning after and don’t think twice about it -- that’s just the way the world works, right?

That all ends when you meet someone who shows you something different. This person acts as a human flashlight and exposes all of the douchebags of your past for the pathetic creeps they really were.

You have no idea how numb you are until someone makes you feel.

Holding hands had always seemed innocent to you. Then your fingers locked with his, and suddenly, everything felt electric.

You'd been confusing indifference for feelings, and you realized this when you met someone who made you feel something so real that it almost terrified you.

You have no idea how scared you are until someone makes you feel safe.

You were always afraid. You were afraid of putting yourself out there a little too much, falling in too deep, of losing this and winding up alone. But then you met this guy, and suddenly, you became fearless. You became totally and completely yourself.

You have no idea how empty your “lols” are until someone actually makes you laugh out loud.

Their texts made you smile to yourself a little bit, and that was enough. A chuckle here and there and a smile on your screen was more than enough to keep you coming back for more.

Everything changed when you met him. He made you laugh -- a real, bonafide laugh. Not a pity laugh. Not a chuckle. Not a smile at your screen. A real gut-wrenching, tears-streaming-down-your-face LOL.

You have no idea how bored you are until someone excites you.

All of those date nights -- followed by sex in the same bed -- were enough for you. They really were. Then you met him, and suddenly your life found the spontaneity it was so desperately lacking.

Now you're going out of town on the weekends and emailing each other Airbnb listings. You feel like you're really living.

You have no idea how stuck you are until someone moves you.

You were stuck doing the same things with the same people until he came along and introduced you to something different. He plucked you right out of your comfort zone and out of your stagnancy. He challenged you to GROW.

You have no idea how many games you were playing until someone lets you be yourself.

Before him, you didn't realize how hard it was to wait to text back. You used to calculate his response time and double it for yourself; that way, you seemed more chill.

But now you don't feel like you have to do that anymore. Suddenly, the health of a relationship doesn't depend on your ability to play games. Now all you have to do is be yourself.

You have no idea how uninterested you are in everybody else until someone makes you crush hard.

The other guys were a hobby at best. Being with them was a game slightly more exciting than Candy Crush.

You have no idea how much you're hurting until someone heals you.

You didn’t realize how wronged you were by all of those other douchebags; being treated like sh*t was all you knew. Then you met him, and he taught you what it's like to be treated like gold.

You have no idea how dependent you were until someone lets you embrace your independence.

You didn’t realize how terrible it was to be one-half of a whole until you realized how wonderful it could be to be in a union of two wholes.