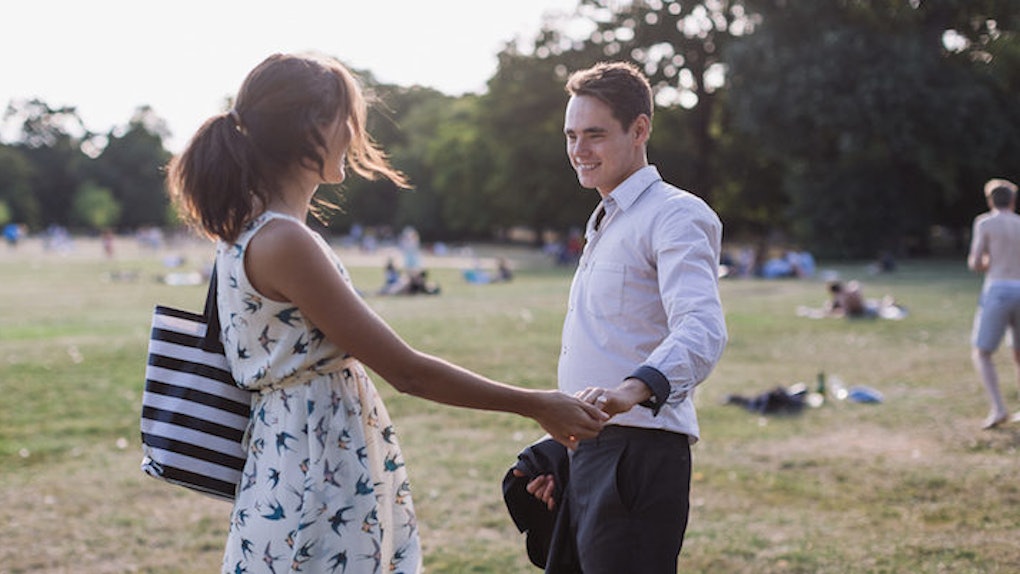 You Decide: Why Women Should Take Control Of What Happens After A Date

We hit it off really well, and I thought we would have been a good match. He was closer to my maturity level than the 21-year-old f*ckboys that swarm my college campus.

On one of our many nights out with his friends, they told me they couldn’t imagine getting into serious relationships anytime soon. They were dreading the upcoming marriage of one of their oldest friends (well, besides the festivities, of course).

Although I wasn’t looking for anything that serious at the time, after the conversation progressed, I realized how immature this group of “older men” were. I asked myself, "Am I really even interested in him?"

I came to the conclusion I was into him, but I wasn’t into getting serious with him. I realized I actually didn’t want to be in a relationship with him, and I became uninterested in wondering how interested he was in me.

Clearly, we liked hanging out with each other, but that didn't mean we were meant to be together.

When I recognized my intentions, I was completely in control. How often do the women really choose to not become more serious with men?

Obviously, this is the entire point of casual dating, but after watching "He’s Just Not That Into You" for the 500th time, I realized how rare it is for a woman to choose to not to get serious with a man.

Don’t get me wrong; there are a lot of women out there who are taught to be strong and independent, too. But in most cases, they are raised to dream of their wedding days. They are taught to search for the love we see in movies.

Men, on the other hand, are simply given the power to decide when — or if — they want to propose.

We’re the ones who are typically concerned with the fact we still haven’t met “the one,” while men think they’re going to somehow become the next George Clooneys.

It’s actually a scientific fact that most men are left-brain dominant, while women are usually balanced between the right and left. That, combined with women having larger limbic systems, means women are usually better at communicating our emotions, and essentially, we let our emotions become a factor in our decisions. Men, however, usually think unemotionally, logically and simply.

That being said, even when us women are single, we let our emotions overcome us. Men don’t typically have the overwhelming desire for love.

When we start dating men, we're giddy and excited about the enthralling waiting game.

I almost always get a text from my best friend saying, “How’d it go? Do you think you’ll hang out again?” rather than “Did you like him?”

Obviously, it’s implied I liked him. But the stereotype of waiting to see if the guy is interested, if he’s going to make the first move, if he’ll call or if he’ll make it official leaves us women settling and lingering far too often.

We leave all the responsibility to the irresponsible: the ones who have been scientifically proven to think “short-term.” Women need to pay attention to the simple fact that we should take control of our hearts.

Why do we give them all of the power? If we stopped, we would realize dating would become a more even playing field. You have the power to make whatever you want happen, so stop giving it away.

Women are loyal to a fault. If we’re interested in someone we’re casually dating, we sometimes stop paying attention to the other guys and focus in on what we want. We’ll patiently wait until the guy realizes he wants to be official, if that ever happens.

If we stopped worrying so much about whether or not men were into us, we would no longer be disappointed. If you decided to just let things happen, you won’t be let down.

If you’re a relationship type of girl, you know there are far too little men who are capable or interested in a serious relationship at a young age (or any age). After all, how many times do you see 50-year-old men with 25-year-old women? Far more than you see the contrary.

If you stop worrying so much about men’s opinions, you’ll realize that not only will you be happier once you do find the relationship you are genuinely interested in, but these men who you do decide are worthy of your love will actually be intrigued by your confidence.

If you’re constantly worrying about whether it will work or not, you will only sabotage yourself.

If a relationship is supposed to happen, it will.

And that’s not some clichéd “believe in fate” talk; it’s fact.

Anything you have to force or worry about is not meant for you. Enjoy each other’s company until you decide whether or not you want something more. And if in that moment, the man isn’t on the same page, he's not someone you should be into, is he?

Realize you deserve exactly what you want in a relationship.