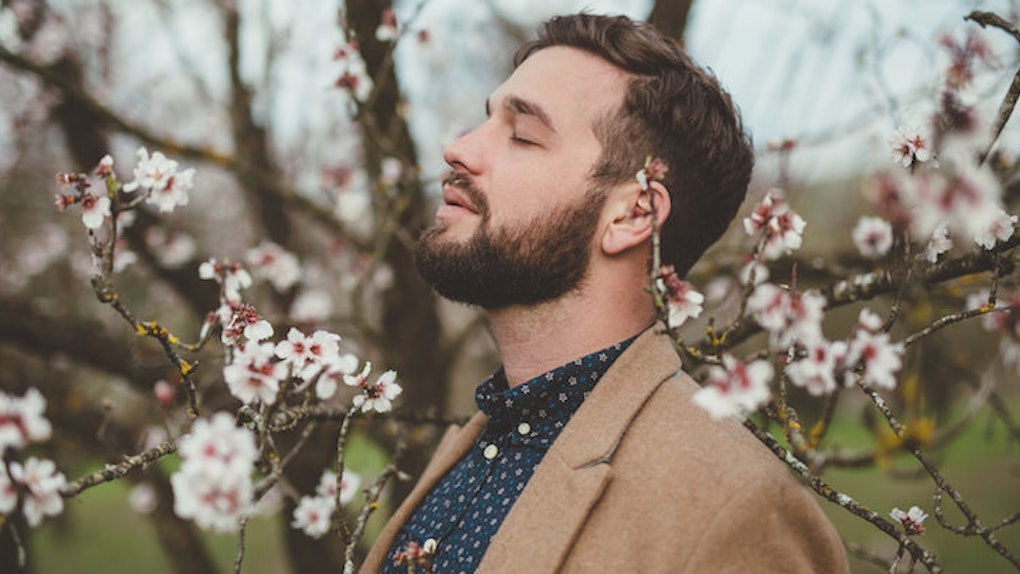 Yes, Women Actually Do Pay A Lot Of Attention To The Way You're Dressed

At the end of the day, being dynamic is your greatest sales pitch ever. The end-all, be-all is becoming a man who's witty, charismatic, driven, spontaneous and grounded. This is the whole package, and women will pretty much do anything to be with a man who's dynamic.

If you don't know how to dress, it immediately sends out a signal you're not dynamic. Your appearance is the easiest and fastest way to communicate a message to others as to whether or not you're worth spending time with. Too many men have the misconception that the clothing they wear only matters to “shallow” women, and the women they want to date aren't “superficial.” This is flat out wrong for a variety of reasons.

Humans make social judgements about others subconsciously. While it's tempting to say your clothes and appearance shouldn't matter because it's a superficial judgement, the reality is, we all judge each other based on appearance.

Of course, men judge women based on appearance. That's just how male attraction works. But sometimes, we forget this is also how we size up other men, like when we figure out if someone is an athlete, corporate climber or hipster, for example. You can bet that women judge each other the same way.

It's important to remember this happens subconsciously. Women aren't into your clothes per se; they're into what they convey about your personality. The way you dress conveys your lifestyle, profession, passion and character traits. Everything you put on is a billboard advertising to women who you are as a person. This is why it's crucial to send the right signals through the way you dress, and why this isn't about superficiality.

Your clothes also scream to women whether or not you have social intelligence. Not being aware of social norms is a deal-breaker for some. If you're wearing boot cut jeans with flashy stitching on the pockets, it's obvious to women that you don't “get it.” They might not even consciously realize they're thinking this. At this point, it doesn't even matter how good your conversation skills are. She'll already be turned off.

You don't need to break the bank to dress in a way that's attractive to women. Your clothes are an effective way to signal two things about yourself: status and taste. So yes, having expensive clothes can be one way to signify high status.

But, there's nothing worse than seeing a guy wearing expensive clothes that don't fit. Demonstrating your taste through your clothes is much more important than status, and a fancy brand won't do anything for you if the cut or fit is wrong.

There is only one kind of dude that's an exception to the universal law of dressing fashionably. He's someone who's a rock star in some other part of his life. As an example, I have a bunch of buddies who fight MMA. These guys dress like sh*t, but they're badass motherf*ckers with 2 percent body fat, and they've literally been paid to beat the sh*t out of people. Style isn't important here.

Another example: If you're some quasi-famous Silicon Valley millionaire, you're exempt from this rule. You can dress in a potato sack and women will still be all over you, since they already know who you are. If they don't recognize you, well, you're no better off.

For everyone else, you have to step up your fashion game if you don't want women to shoot you down instantly. If you want to make a change that will make a huge difference, go buy some new clothes.

Let's just be clear: I'm not talking about name brand only. I've seen men walk into the room with $350 shoes that look ridiculous. I'm talking about being in style, regardless of the brand name.

Go to Target, Zara, H&M, Nordstrom or wherever, and look at what the mannequins are wearing. Most of the time, you can simply buy those clothes. Get 10 or so outfits, and cycle through them in your day-to-day life. It's not difficult, and it's a great way to get started.

Your shirt should gently hug your rib cage; your jeans should angle slightly down toward the floor and lightly hug your quads. Baggy jeans are done. Throw them away. They've been done forever, and they make you look like an idiot. Black, shiny, square-toed dress shoes aren't a great look, either. Your Kenneth Cole Reactions should go in the garbage.

The lesson: Women don't date guys who dress poorly, unless they're rock stars in some other area of their lives. Go buy some clothes that fit your body and are in style to give off a more dynamic vibe.

Your personality traits have to be demonstrated, not spoken. Wearing stylish clothes that fit well is one of the best ways to do this before you even open your mouth to speak.