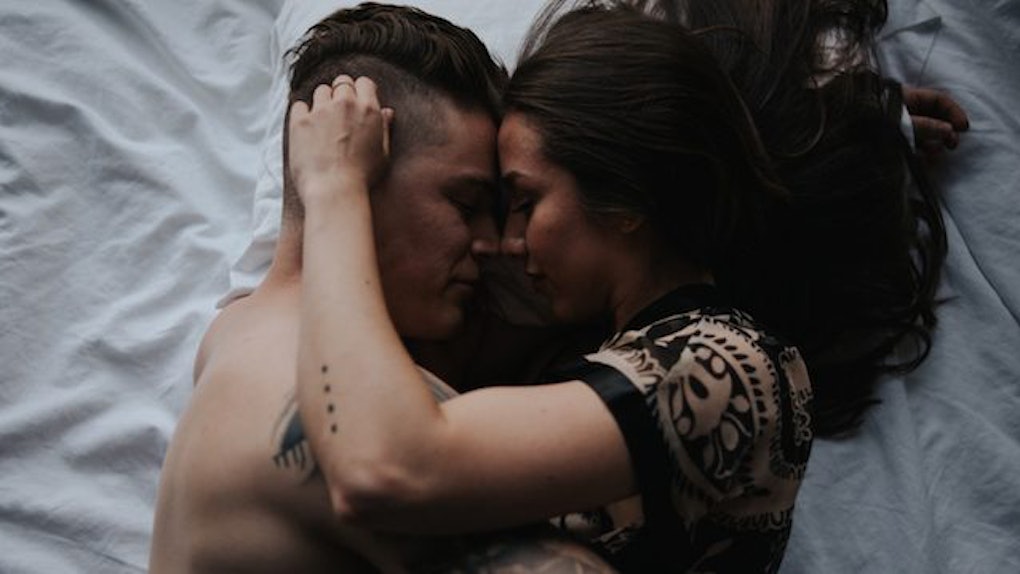 Women Admit Why They Slept With A Married Man

Some say you can't help who you fall in love with. But does the same ring true when it comes to picking who you sleep with?

Just because you're attracted to a person, does it mean you have to work overtime to try and get them into bed?

For some, the sight of a wedding band on a person's ring finger is enough to take a step back, drop the flirty attitude and delete the thought of what it would be like hook up with them. But for others, knowing the person you're hitting on is married is just part of the thrill.

Take a look at the reasons these eight women decided to sleep with a married man.

1. She loved the thrill of it all.

I loved the thrill of sleeping with a guy I knew was married. He was 10 years older, and I just liked knowing that what we were doing was so wrong and that it was never going to be more than what it was: an affair that I will always remember.

2. She had no idea and was "disgusted" with herself.

I met a guy at a bar one night, and we ended up sleeping together. I found out the next morning, when I looked at his phone and the background was a wedding picture of him and another woman, that he was married. I called him out on it, and he didn't flinch. It seemed to be something he does a lot when his wife is out of town. I was disgusted with him and myself.

3. He promised he would leave his wife every month for two years.

I was one of those tricked girls who thought the married guy would leave his wife for me. I really did — that's why I slept with him and that's why I fell in love with him. We slept together for two years, and every month, he'd tell me that he was getting a divorce. By year two, I realized he never was and I was never going to have him as just my guy.

4. She loved not being allowed to have him.

What I loved about sleeping with someone who was married was that he just seemed more regal and more mature than guys I know who are single and players. The hook-up wasn't something short and stupid. It was an experience. It was fun thinking maybe we'd get caught. In some weird way, it made me more attracted to this guy just knowing that I could never have him. I loved the chase.

It made me more attracted to this guy just knowing that I could never have him.

I ended up having an affair with my neighbor while he was married and so was I. I didn't feel as guilty since we were both messing up our marriages at the same time. We ended up both getting divorced and never getting together.

6. A dare turned into an affair.

One of my friend's dared me to try to hook up with her boss, who was super hot, but also married for, like, three years. I thought he was so attractive, and at their holiday party, I made a move. His wife wasn't there, and he took my bait. We ended up sleeping together and then never talking or seeing each other again.

One of my friend's dared me to try to hook up with her boss. His wife wasn't there, and he took my bait.

In some strange way, I didn't think having sex with a married man was a bad thing since he was chasing after me. I never was the one asking him to hook up. He was the one willing to ruin his marriage, not me.

I didn't think having sex with a married man was a bad thing since he was chasing after me.

8. She now knows that it was a mistake.

I developed a crush on a guy I worked with who was married, and one thing led to another. It's hard to explain how or why, but it did. I made a big mistake and have never felt so guilty about something in my life. I ruined his marriage. He helped ruin it, but I played a part in tearing it apart.