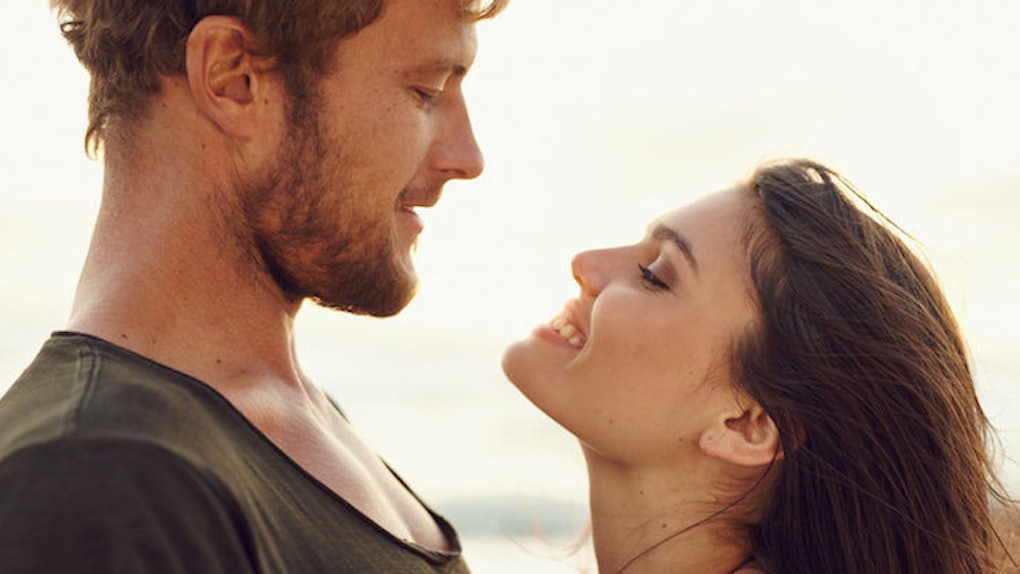 He Gets Me: 4 Reasons I'm A 20-Something Who Only Dates 30-Somethings

I learned this as a teenager, but the day I turned 20, and people started to take me semi-seriously, my fantasies about old dudes actually became a reality.

Don’t get me wrong; there are guys my age who are attractive, smart and funny. I have plenty of guy friends who are amazing people.

But, I would never date them.

I always end up thinking, “Man, in nine years or so, you would be a perfect match for me.”

It’s hard for me to look at a guy my own age and not be turned off by his general life inexperience.

Often, this is paired with a low self-esteem, false arrogance and an inability to clearly express thoughts.

These are just general observations I’ve made. In my own dating experiences, men in their early- to mid-20s have been a total nightmare.

Of course, there are exceptions, and I'm always open to new possibilities, but it doesn’t change the way I feel.

I've dated pretty consistently in the low 30-something range.

I know my affinity for old men most likely stems from my own set of “daddy issues” (at least that’s what society tells me).

I have some of these; I won’t deny it.

But deep down, I just want someone who can provide for me (and no, not in a “pay my rent” sort of way).

I just wonder, how is someone supposed to be truly there for me, if he can’t even be there for himself yet?

I want to feel emotionally protected and supported, and I’m convinced only an older man can do this for me.

Here are a few reasons why:

They aren’t obsessed with texting; they actually call you.

They tell you when they can’t make it to a planned event, instead of bailing on you last minute via text. Plus, they usually plan to see you in advance.

They play less games because they don’t have time for that, and neither do you. "F*ck the bullsh*t," they say.

They tell you when they like you, and they can tell you you’re beautiful without shaking like a Chihuahua.

A well-traveled man can tell you what the sky looks like in Alaska, and he'll describe all the places you should go together.

Older men know how to pay their bills, properly do their laundry and put together decent meals.

You never have to worry they’re inexperienced in bed because 99 percent of the time, they’re not. It’s f*cking awesome.

Their brains are full of knowledge.

It’s kind of like dating hot professors, except they're teaching you fun bedroom tricks.

Their experience makes them calm, collected and really f*cking attractive.

They’ve outgrown their hippie phase, jock phase or long, stringy haired “I’m in a band and do a lot of drugs” phase, and they've grown into their “I’m starting to gray, but I look sexy as hell in my loafers” phase.

They know how to dress like proper adults and would never wear pajamas in public.

They usually wear watches, and they’ve learned what kinds of haircuts look good for their head shapes.

They take you for fine wine or a good craft beer because binge-drinking is a thing of the past.

They know what to say and when to say it, and they have learned the art of respecting women, even if they don’t want anything more than a one-night rendezvous.

Most of all, they wear socks that match. I've never seen this at a college party before.

In my experience with dating older men, you get the best of both worlds.

They want to be loved and adored, just like you.

But, they’re also fun-loving and want to go on adventures, or else they probably wouldn’t be with younger girl.

The best part of it all is they adore you in all the right ways, and know how to show you how special you are to them.

They worship the ground you walk on because to them, you're young and beautiful, and you make them feel alive.

In turn, they make you feel safe and protected.

So, I say f*ck it to society judging couples based on age difference.

I think it’s a beautiful dynamic. I don’t care how old my man is. (Well, within reason. I don’t plan on dating a grandfather any time soon.)

All I’m asking is he, whoever he is, showers me with love and affection and treats me the way I deserve.