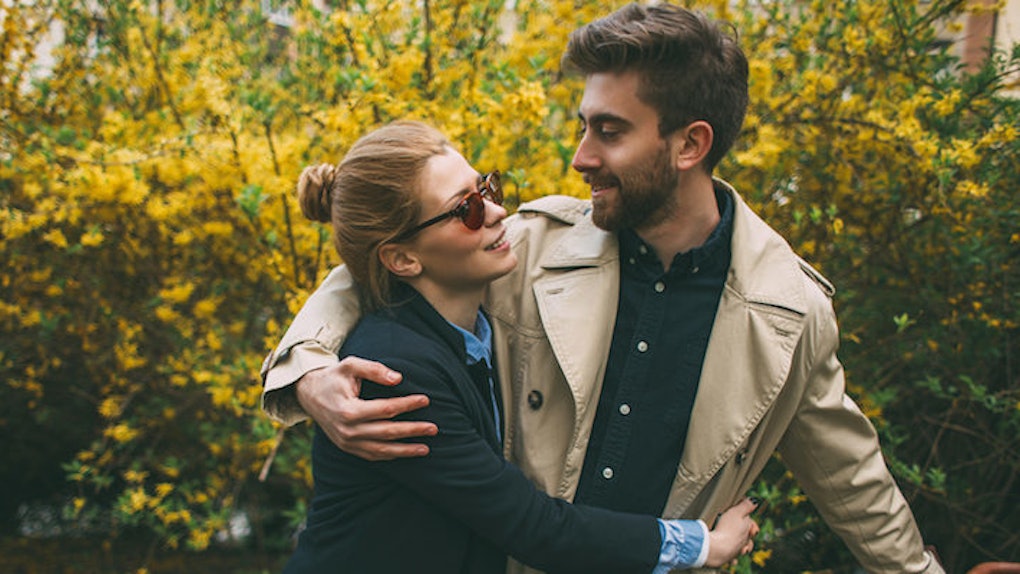 Nothing Was The Same: What It's Like When The One You Love Changes

Great relationships are wondrous things. Relationships are like flowers. They blossom from buds and become beautiful sights. In full bloom, they smell good. They feel good to the touch. They give a dull room a vivacious energy.

But that’s the thing about flowers. They have shelf lives. When you plant them, you don’t know just how long they will last.

You water them to keep them alive, but they eventually wilt and die. Water will keep roses red, but it won’t bring them back from the dead. Once a rose has died, it’s irrevocably changed.

Few things in life are harder than watching a loved one change. Sometimes relationships die, and it's not because anyone has intentionally hurt the other person in the relationship. Your partner has simply changed and, in doing so, inadvertently harmed you.

The result is a profound wound. It’s a throbbing that never becomes a dull ache. It’s the kind of heartbreak that leaves you forever wondering “What if?” and “Why?” long after the immediate pain is gone.

It’s a gaping rift. Or maybe it's a rough spot. What was there isn't gone; it's just different. Something’s changed, and you can’t put your finger on what. All you know is that something that used to be in reach is now in the distance.

The one who once promised you the future has become unrecognizable in moments. The person you love doesn’t exist anymore.

The bond you worked so hard to build with someone is no longer sturdy. It’s broken now, but he didn’t break it. There was no cheating, no lying and no fighting; he’s just turned into someone else.

He hurt you. It was unintentional, but the pain prevails. You can't blame yourself for his character shift, but you also can't blame him.

But because you have nowhere to place the blame, you put it on him. And part of you bears it, too.

And you hate him for all of it.

He doesn’t love the things you used to enjoy together.

What brought you together has set you apart. Your shared interests have become distinct. A foggy present replaces a once-lucid past. Physically, you’re still close to him. Emotionally, you couldn't be further away.

You can touch him, but you just can’t feel him.

You wonder if he's changed, or if your perspective is simply different.

If everything is a question of perception, then he isn’t different. You’re just seeing him in a different light, right?

No one said that the truth was worth knowing. You might be clouding your vision to protect yourself. When the bridges between you have collapsed, the same ones cannot hold you together. A new bond -- a new bridge -- must form.

Maybe he’s transformed into the man he was meant to be, and that man wasn’t meant to be with you.

You suddenly feel small in a world that has grown so big. It grew unchecked, and it pushed you out of it. You wonder what you’ve done to cause this.

His friends and his demeanor have changed, and you know deep down this isn’t the world you wanted for yourself.

He’s a mirage. Someone new is standing in front of you. He's still familiar, but he's growing more distant. This isn’t him; it’s someone entirely new.

Two bodies and souls that are trying to reconnect move forward as if nothing's changed. It’s easy to turn our backs on the truth when the truth cuts deep. But to find happiness again, we need to embrace change. To live in the light, we need to turn on the switch.

A good friend’s words helped me move along. “Letting go is a gradual process," she told me. "The hardest part is embracing the moment you know you’ve got to let go.”

You wonder if you could have prevented this.

And if we didn’t learn, we’d stay the same. The force that changed him is likely bigger than you. It's one that you couldn’t have controlled at your strongest or at your weakest.

He didn’t want it to end. But it ended because he grew up.

You question if your love was ever even real.

The change leaves you invalidating everything that used to be: If it didn’t last, does that mean it was any less real? How long were you "faking it," anyway? Was the life that you shared just one big lie?

Was he ever really there?

Were you ever really in love?