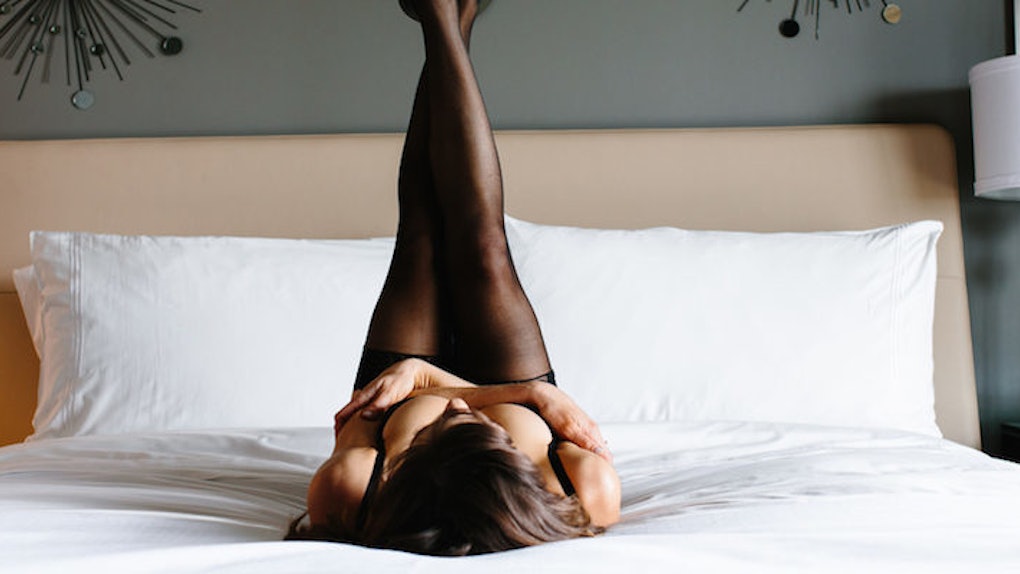 92 Crazy Thoughts Every Girl Has When A Guy Doesn't Finish

Is there anything more insulting than a guy doesn’t finish when you bone?

Well, if it’s so f*cking easy, then why doesn’t it always happen like that?

You’re in the middle (or so you think) of a perfectly good hump session, and all of a sudden, your BF rolls over and just goes soft.

What in the sh*t just happened? It’s a very stressful situation for a lady. We’re already in such a vulnerable position being naked and everything.

Now we have to deal with the fact that we apparently have unsatisfactory bedroom skills.

I know. I know. It’s not the guy’s fault, and it’s not our fault. There are a lot of factors that go into splooging. Sometimes keeping an erection is hard (pun intended).

A guy could just be nervous. Or maybe he just has whiskey dick. Who knows?

When he says he’s tired, he may actually just be tired, especially if he’s on top. That is a lot of planking!

Just because he didn’t get off doesn’t mean you suck at sex. It’s perfectly normal, and it happens to everyone.

We’re all going to freak the f*ck out if a guy doesn’t get off when we bang. It’s really awkward, and no girl wants to be the one who couldn’t make a dude come.

We’ll get all up inside our minds and freak ourselves out about it because that’s what we ladies do best.

No amount of consoling will heal our wounded pride.

Here are 92 crazy ass thoughts every girl has when a guy doesn’t come:

3. Wow. Is he seriously just rolling off me?

17. This is really embarrassing.

19. This has never happened to me before.

21. Has this happened before?

29. He doesn’t even know when I’m stealing clever lines from "Sex and the City."

30. This is the worst thing in the world.

31. Besides that earthquake in Nepal.

35. I knew I shouldn’t have skipped the gym this week.

37. Should I jack him off or something?

46. He’s never going to have sex with me again.

48. Just so people think I’m being celibate by choice.

51. Should I try to have sex with him again?

55. Maybe I should have fondled his balls more.

59. There are a lot of factors that go into having an erection.

60. And a lot of factors that go into keeping one.

61. And a lot of factors that go into getting off.

69. I’m having so much anxiety about this right now.

72. If I say something, it will either dissolve into a weird apology or a fight.

73. I’d rather shoot myself than have a fight right now.

82. Should I just kill myself now?

83. Sex shouldn’t be stale this early in a relationship.

86. Does this mean he won’t want to have sex with me anymore?