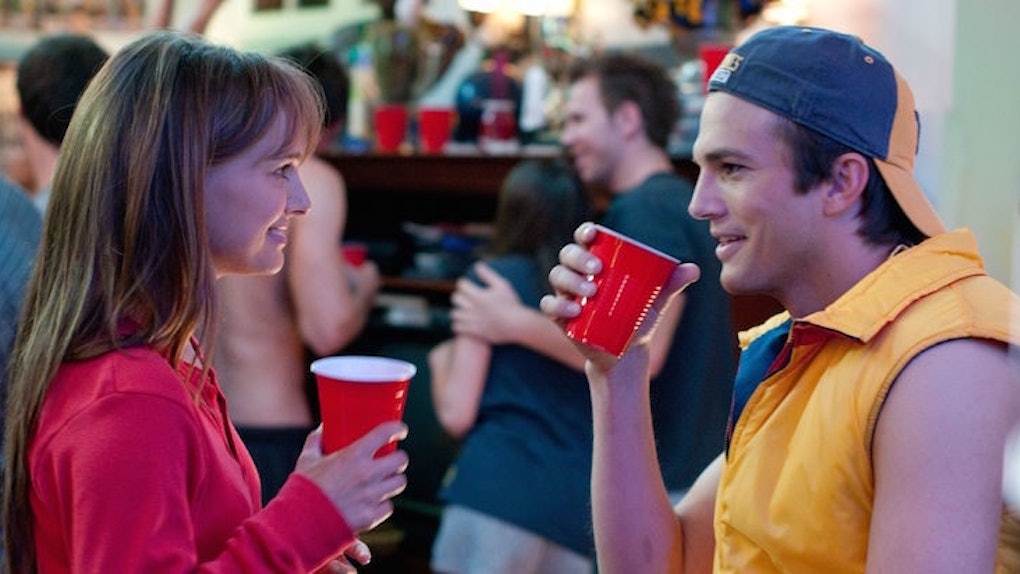 Death Of The Chase: 3 Ways Women Can Encourage Men Into The Pursuit

Let me set the scene for you: It's 1996; you're sitting in front of your not-so-flatscreen TV, in your worn-out bean-bag chair, when your mom walks over and pushes a tape into the VCR. (Feel old yet?)

In a matter of two hours, your young mind has been transported to a world where a mermaid longs for land, a beggar finds a magic lamp and a girl scrubs floors and loses a shoe.

Though Disney shaped our childhood, we have somehow disregarded and shut down a theme that's found in every Disney movie: "the chase."

We were brought up believing, hoping and waiting to pursue/be pursued the way these cartoons showed us. What happened?

I'll tell you what happened. We started discouraging men. We started complaining about the death of chivalry when we, in fact, were not demanding chivalry to be necessary.

But there are several ways we can change this:

Guys are like Labradors. Let's say you have a tennis ball in your hand. Obviously, the lab wants the tennis ball. He sits there waiting, begging and obeying every command because of this.

Finally, you throw the tennis ball. What does he do? He chases after it.

Not just any chase, either. The full fledged, tongue-out, no-obstacle-can-stop-me chase. Men are like this.

Playing too many games with men breaks their spirits. Men love mystery.

However, we have mastered the modern art of giving everything away too easily. Therefore, men don't need to chase anymore. We've handed over the prize before the race has even started.

This has two results: Men get bored and women get bitter.

So be a mystery, but not an unsolvable one. Be a puzzle, but give him a big picture to look at.

I am beyond guilty of complaining about the death of chivalry. Growing up, I had a dad who lived and breathed chivalry.

Because not every dad is like mine, men aren't taught to walk on the outside of the sidewalk (which if you do that, guys, MAJOR props).

To make up for this, the modern, independent woman was born. We started opening our own doors and saying, "Separate checks, please." We started labeling men who are chivalrous as the "nice-but-boring guys," and those who actually "chase" as needy or creepy.

We started believing men who are too lazy to pursue us are more interesting.

And what did we do? WE, as women, started pursuing them. This brings me to my next point.

Remember when we were kids, playing on the playground at recess? What was the game that had us second-graders getting antsy enough to sprint to the wood-chip-filled haven? Boys chase girls.

I don't know about you, but every time we played this game, it always started off as a literal, "boys chase girls." Then, it would switch after all the girls were caught, and vice versa.

I'll admit, childhood memories and dating are pretty different, but the rules we followed as kids still apply.

Yes, in a perfect world, I would hope a guy could make the first move, but the world is changing.

So instead, we play an adult version of boys chase girls: The guys chase, then the girls chase. In other words, dating can't be one-sided.

So here's the bottom line: Guys, chase after her.

Treat her the way you would want your future daughters to be treated. And if there's a slight doubt in the back of your mind about her, she's probably not the one.

You are beautifully and wonderfully made, and if a man wants to chase after you and treat you the way you are supposed to be treated, let him.