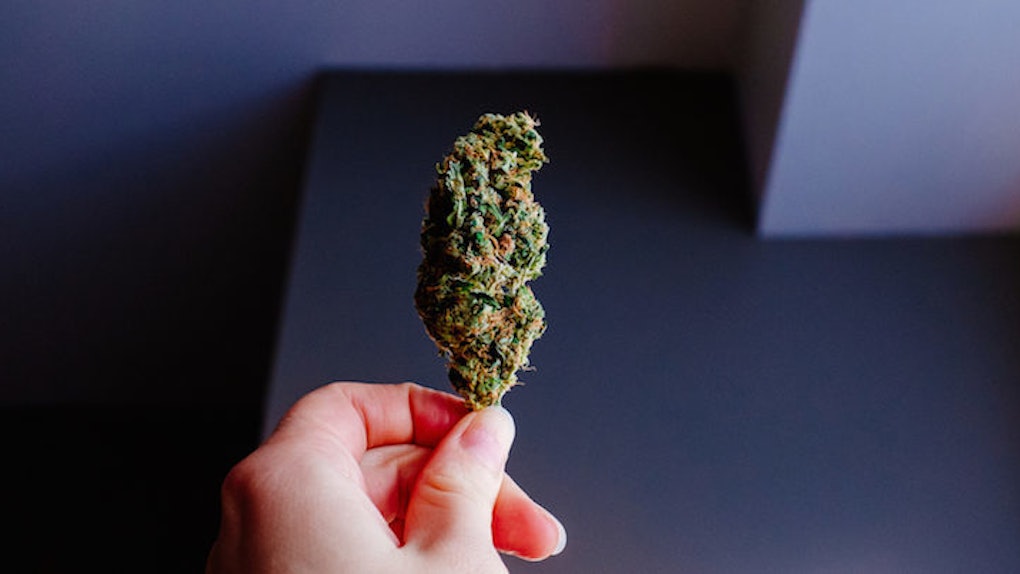 Weed Woes: How Smoking With My Boyfriend Ruined Our Relationship

I wanted to impress him, but it wasn’t always like that. We had been together a year before I really allowed myself to try smoking weed.

When we first started dating, I felt the need to portray myself as the classic “good girl.” I was 17.

I never disobeyed my parents, I didn’t drink and I definitely didn’t smoke. When my peers began to experiment with drugs and alcohol, I was determined to preserve my innocence.

My boyfriend at the time was the love of my life. He meant the world to me, and he was my purpose for living. We were both going through difficult times in our relationship and battling with anxiety and depression. He was my rock, and I felt if we weren’t together, I had no other reason to live.

Everybody copes with their problems in different ways. My boyfriend used weed to mitigate his depression, and I used him to relieve mine. At the beginning of our relationship, I would constantly express my disapproval of his extensive marijuana use.

Because I didn’t know anything about marijuana, I was afraid of what it could do to him. As a pessimist, I always feared the worst. I became consumed with the idea that I could be the one to save my boyfriend from his misery. For a while, I truly believed I would be able to help him myself, and I was doing him a favor.

Later on, I asked him to choose between me and smoking weed. Obviously, I expected him to choose me. But to my surprise, he didn’t. He had enough of me complaining about his smoking.

Instead, he used my tactics against me, asking me to choose him the way he is or break up. Naturally, I chose to stay with him, as I didn’t want to end my relationship with him over something that seemed fairly trivial.

I then realized I wasn’t trying to get him to stop smoking because I truly thought it would help him. I wanted him to stop because I felt he was a part of something I couldn’t be a part of.

In addition, I came to the conclusion the only person holding us back in the relationship was myself. In the 11th grade, I was still not ready to experiment with weed. Still, I pretended to be okay with him smoking.

Eventually, I decided that since smoking weed was such a big part of who my boyfriend was, I should try to do it with him. So, I did.

Smoking together made me feel closer to him, like I was truly a part of his world. I also loved being high. I loved the giddy, carefree way it made me feel. I loved that it made me appreciate life, nature and food.

When I was high, it was almost as if I were someone else. I was more passionate, free, happier and braver after I smoked. I started to like myself better high than sober.

We started smoking more and more, especially when I went to visit him at his university in Portland, Oregon. Every time we saw each other, we got high. We smoked at least once, if not twice or more per day.

Smoking with my boyfriend quickly became my favorite pastime. I felt that we connected better, and were able to really express our love for each other when we were high.

The more we smoked, the more I depended on weed to make me happy; this was not only in my life, but also with my boyfriend.

I stopped wanting to go out on real dates with him, like most normal couples do. I was too lazy to go to the movies or even just out to dinner. All I wanted to do was get high, order Chinese takeout and watch TV until we fell asleep.

I ruined our relationship.

I didn’t give us a chance to be better than that, or to be proactive. Smoking weed may have made us happier in the moment, but ultimately, we were still unhappy.

There came a point where I questioned why we should even bother spending time together if we weren’t going to get high. Not getting high seemed like a waste of time.

By the time I realized what I had done, it was too late. Our relationship deteriorated in a way that could never be repaired.