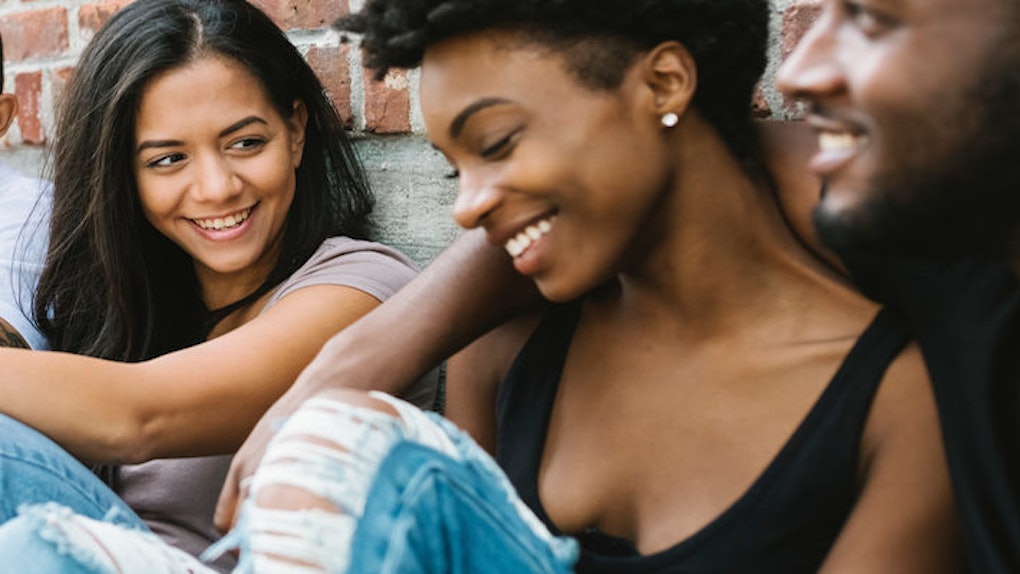 7 Insane Ways Guys Change Their Behavior Around Women, According To Science

One summer night back in high school, one of my neighborhood friends invited his cousin to hang out with us. His cousin was a model.

I literally (and I use that word the way it was meant to be used) responded to several of her questions in Spanish that night. Not for any logical reason. Her mere presence simply overloaded the circuits in my brain.

I've seen it happen time and time again. Grown men who usually behave like utterly normal human beings will spontaneously shift into some new type of awkward-based life form the minute a good-looking girl shows up.

Some guys overemphasize their “alpha” traits, employing every body-language trick they read about in that seduction course they blew 70 bucks on in college.

Others try to make a woman laugh, turning anything she says into an excuse to crack a joke.

Then there are those whose brains simply stop working. The higher functions shut down and whatever comes out of their mouths makes less sense than a Jaden Smith tweet.

Fortunately, I've learned that my social incompetence is not entirely to blame. Numerous studies indicate that a woman's presence can change a dude's behavior in some pretty insane ways.

1. Being observed by a woman makes guys dumb.

In a 2009 study, researchers had groups of men and women perform a Stroop test. That's the one where the name of a color appears on the screen in a font that's a different color.

For example, the word “green” will appear in red font. The goal is to quickly name the color of the font. (In this case, it would be red.)

After taking the test a first time to give the researchers a sense of their general cognitive functioning, the participants moved on to a separate task, in which they were asked to pronounce a series of Dutch words in front of a webcam.

They were told this was a lip-reading exercise. They couldn't see the person watching them via webcam (there actually was no person), but they were given the person's name.

Then they took another Stroop test. Men who believed they had been observed by a woman during the lip-reading test performed worse the second time around. Women who thought they were being observed by a man showed no difference.

In other words, if a guy thinks a girl is watching him, he'll actually lose the ability to think quickly and clearly. Which explains, like, all of high school.

Well, this is weird.

In a Cornell University study, researchers spent time at an Italian buffet, monitoring the eating habits of its customers. They discovered that, in general, men who were hanging out with women ate 93 percent more pizza and 86 percent more salad than dudes who were eating by themselves or with other dudes.

The evolutionary reason for this isn't clear yet, but speaking as a guy, my theory is that we're just far too nervous around girls, and need something to do that doesn't involve trying to sit still and look cool.

Eating pizza may be our best option in that situation.

3. Guys spend more money when they think girls aren't around.

In fact, while we dudes often complain that having a girlfriend is a big expense, it looks like not having a girl around could be worse for our wallets.

Next, the men were asked to plot out how much money they would save from a paycheck, and how much they would spend. Those who were primed to believe that there were fewer women in their area were more likely to spend money.

Theoretically, this may indicate that men become more competitive when fewer women are around, and want to flaunt their wealth and status.

So, guys, on the off chance that you need another excuse to surround yourself with women, you now know that doing so makes good financial sense.

4. And when girls are around, guys care more about making money.

If the lack of women makes men more likely to empty their wallets, the presence of women can give us the urge to have money to spend in the first place.

Researchers looked into this idea by asking 142 high school students to complete a questionnaire about their goals for the future. The questions were designed to determine whether the person taking the test cared more about making money than achieving other forms of fulfillment.

The results showed that the guys who took the test in the mixed-sex classrooms were more likely to care about making money in the future, and the guys isolated to male-only rooms placed less value on wealth.

Let's call this the “The Wolf of Wall Street" effect.

In findings that shocked absolutely no one, researchers learned that simply looking at a good-looking woman decreases guys' patience and willpower.

The study involved testing how likely participants were to “discount the future” after viewing pictures of attractive or unattractive members of the opposite sex. Discounting the future essentially means choosing to receive a small sum of money tomorrow instead of a large one in the future.

Women also generally chose the larger sum regardless of whether or not the men they looked at were attractive.

This makes total sense to any heterosexual dude who has been through puberty.

If you're a guy, it turns out that how you feel about your current relationship has a lot to do with whether or not you just saw or spent time with a good-looking woman (who is not your girlfriend).

For this study, people interacted with strangers of the opposite sex. Sometimes their partners were especially attractive; other times, they were average-looking.

As a guy, I know that we will gladly ignore all common sense if we think we can impress a girl. And science backs me up on this.

Australian researchers tested this idea when they observed groups of young men skateboarding. When there weren't any girls around, the guys tended to play it safe and sane.

However, when the researchers asked pretty girls to show up and observe the skateboarders, they ended up taking more stupid risks and trying more impressive moves.

And -- as you can probably predict -- crashing a lot more often.

I have to admit that absolutely nothing I learned from researching this article surprised me in the slightest.