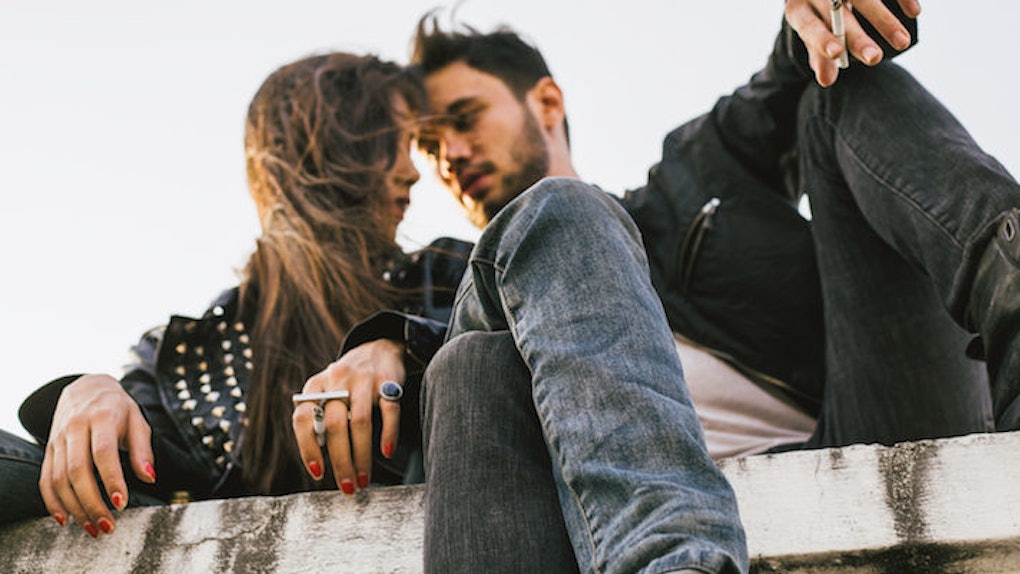 I Have My Own Life: What Makes Me Undateable Is Why You Should Date Me

That's when I had my big revelation: I f*cking rock. Being in a relationship with me would be fantastic -- not despite these things, but because of them.

So here are eight of my most "undateable" qualities... which I think would make me the coolest, most badass girlfriend on the planet.

I don't want to sit in bed and watch "House of Cards" with you on a Friday night. This is mostly because "House of Cards" is kind of scary... but also because I'd rather be at a bar four Moscow Mules deep and dancing on a table.

Okay, so I understand why the girl dancing on the table isn't quite the lady you want to bring home to Mom and Dad. But let me defend her for a second.

We would never become the boring, lame couple who lost its spark. Instead, we'd be the f*cking awesome couple who goes out on weekends and has a blast dancing on tables together.

I prioritize my friends and family.

I'm not missing my family dinner to hang out with you.

Honestly, I'm not even missing a casual dinner with my best friend to hang out with you. I will never understand why being in a relationship means you have to sacrifice all of your other ones.

It's hard to feel like you come second best. I get that. But what's important to note here is that I prioritize these people because they're the ones who mean the most to me.

I have lots of guy friends.

A lot of my closest friends are guys. They aren't friends with benefits or guys I secretly wish I were dating. They really are just friends, and I really do have a lot of them.

I totally understand why this would be intimidating and -- in all fairness -- hard to believe. If you can set aside your suspicions, this is actually an awesome thing.

Simply put, I'm a freak. I'm weird. I do weird things. I have a weird sense of humor, and I have little to no shame. I would go out in a cat shirt and running shoes just because it's funny. I'm "that girl."

That girl (the one in the cat shirt and running shoes at the bar) doesn't typically scream "girlfriend material." But I'd argue she'd be way more fun to date than the basic girls sipping on G&Ts in cute little bodycon dresses.

I'm not saying we have to go out in cat shirts together every night (although I wouldn't be opposed); I'm just saying that we'll have fun together. We don't care about what other people think, so we're the only people whose opinion about our relationship matters.

When we go to dinner, I will not be ordering a salad. I will be ordering a 16-ounce New York strip. I'm also pretty chatty and don't always feel like waiting until my steak is nice and swallowed to start my next sentence.

So, this is disgusting. It's definitely the habit I have the hardest time justifying here... but I gotta admit that I think there is something inherently badass about the fact that I give zero sh*ts about what I look like as I inhale a good New York strip.

There's no pressure when we go out to eat together. We can order what we want and eat how we want.

I don't care about appearances.

I have no idea where I would stand on a one-to-10 scale. I also genuinely could not care less where I stand on said scale. If I feel like getting done up for a night out, I'll get done up.

Nobody wants to date the girl who looks like a haggard homeless woman and just spent the last two hours dumpster diving. But I think that should be irrelevant.

It sounds SO cliché, but looks don't last. You should date a girl who banks her self-worth on things that will outlast her beauty.

Odds are I read your text, and I totally meant to respond to it. But the problem here is -- as I will explain below -- that I have a life... and I simply forgot to respond.

It was nothing personal, and I will definitely get back to you at some point if the text was important. But I just don't feel the need for a “How was your day?” conversation every f*cking evening. MY DAY WAS FINE. PLEASE BE MORE INTERESTING.

Some people really do want to constantly text with their significant others. And I'm definitely not a good choice for them.

But for those of you who don't feel this compulsive need to constantly be in touch, my sh*tty texting skills could be the best thing that ever happened to us.

Not being in constant communication gives us time to miss each other. Furthermore, I have no room to bitch at you for not responding to my texts in time.

I have my own life.

I'm not going to want to tag along with you and your friends... because I already have plans with my own friends. I want our relationship to be a welcome addition to all of the fantastic things I have going on in my life. I don't want it to replace them.

I get how this could be counterintuitive. A romantic relationship is essentially a step towards marriage -- the official merging of two lives into one.

But our relationship will be different. It will be so much better because we will be living our own separate and equally fantastic lives together.

I would never want either of us to feel as though we lost any part of ourselves for this relationship (except maybe the parts of us that boinked other people).