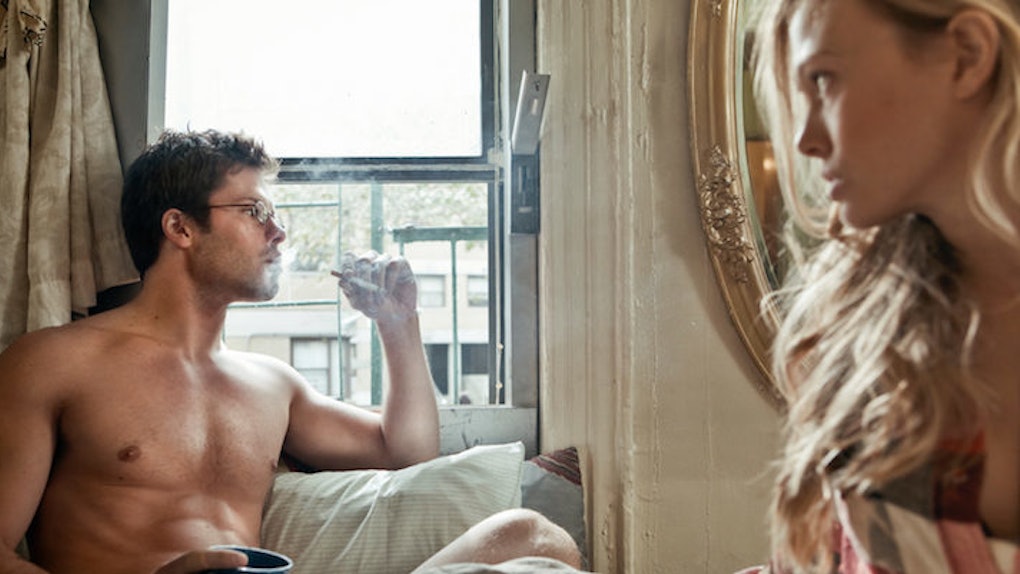 Challenge Not Accepted: 10 Types Of Guys That Are Too Difficult To Date

Dating and relationships are great, but they are never without their unique sets of challenges. Many times, the biggest obstacle we face is the type of person we invite into our lives.

It takes time to get to know the person with whom we're dealing, and we often learn the person's identity late in the game.

We spend time figuring out what we want and what we don’t, what we can tolerate and what we can’t. We know what is good for us, but sometimes, our emotions lead us astray.

And so, no matter how hard we try to avoid these types of guys, we still end up falling for one, or a few, of them. It's okay and it happens to all of us; it's just important to identify them early on.

So, without further ado, here are these challenging types:

This guy talks a huge life game, but simply has no game, and he never will. He graces his audience with empty statements including (but not limited to), “When I’m a millionaire,” “When I’m retired by 30” and “That’s easy.”

Yet, his lounging around on the couch and watching baseball all day communicates otherwise.

Talkers have a way with words and they can be very persuasive. But, they become dangerous when their words are aimed at you.

They say beautiful things and let you hear what your heart desires. Be sure he checks sincerity at the door and his words are just that: words.

New day, new problem. Yesterday his head hurt, today his pinky hurts, and tomorrow, his tongue will hurt. Every day, there’s something new, and every day, you have to hear about it.

It’s like the boy who cried wolf, except way, way more annoying.

Eventually, you just tune him out when the sentence includes “my ______ hurts.” We don’t care, unless it involves an ER visit.

It’s a feat enough to maintain our own levels of happiness, let alone carry his happy weight, too.

We want to help and make his day, but when everything is ALWAYS bad, according to him, it’s nearly impossible to get any ounce of enjoyment from anything in life.

Misery loves company, and we’re not into mingling with it.

Unfortunately, countless women know exactly what this looks like. He thinks your crop top is too cropped, your shirt is too tight or your skirt is too short.

His comments are subtle but deadly. And, the comments don't simply end with your appearance; he’ll take it a few steps further and give you his “opinions” about your diet, your job and your friends.

And, he’s talented – talented at letting you believe it comes from a place of love, that is. He brands his comments as constructive, but they are nothing more than painful jabs that lead you to overthink EVERYTHING.

Beware of getting sucked into this vicious vortex. His control issues have absolutely nothing to do with you; he just hasn't come to terms with his own fears yet.

This guy is a user, plain and simple. His relationships are not organic, they are strategic. He dates you because you fit into his “business plan,” until you don’t. In fact, it’s not just you, it’s everyone in his life.

If people are useful to him, they stick around. The second they become obsolete in his eyes, they’re tossed away and he climbs on. Climb on, sir, but remember, it’s lonely at the top.

He lacks confidence and is permanently in self-defense mode at all times. His insecurities include being 15 pounds over or underweight, the way his smile looks in pictures and his height.

What he doesn’t realize is that we couldn’t care less; what's unattractive is his obsession, which leads to daily reminders of these insecurities. And, it doesn’t help that we have to constantly listen to him complimenting himself.

This guy and Mr. Self-Conscious are very similar. He takes his sweet, limited time with all of life’s significant and insignificant decisions.

He waits and waits and observes his buddies because, of course, they all know what they’re doing.

He’s careful not to move too fast or too slow; he likes to maintain a safe pace, somewhere in the middle. Bold has never been a word in his vocabulary, and that's fine, but "average" gets really boring, really quickly.

For whatever reason, this guy thinks he has the right to judge everyone and everything. He is the epitome of perfection, and somehow, everyone else is a moron.

It brings him great pleasure to share his opinions with others, and coincidently, these opinions are always negative.

Sadly, if you’re around this guy long enough, you slowly start believing in his nonsense and succumb to the judgment bug.

Do not sink to his level; just say something positive about someone — he won’t know what to do with himself.

His Royal Highness, The King of the World, requires all eyes and ears on him. Always. No, seriously, 24/7 attention.

He believes he is the sun, and the universe revolves around him. He is his greatest priority and he expects that he’s yours, also.

This guy is righteous, selfish and downright exhausting. He slowly needs to be weaned from the idea that he’s a VIP for life.

This is the guy who had one too many drinks one night and texts you “heyy” at 11 pm. You guys have, shall we say, a complicated past. Except, it’s not that complicated at all, actually.

There’s some unexplainable gravitational pull between you two. The supposed innocent texting turns into a one-man show sexting convo, leaving you no choice but to end this uncomfortable conversation by ignoring his last five consecutive texts.

Why? Oh, because this guy happens to have a serious girlfriend to whom he plans on proposing in the next few days. Naturally, this makes the whole situation feel quite, well, wrong.