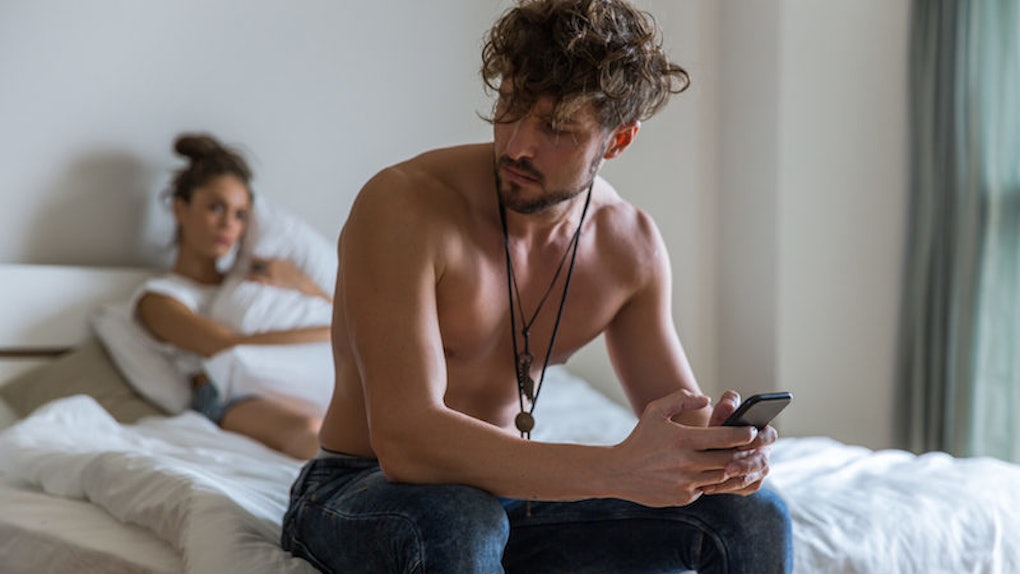 If You're Begging For Trust In A New Relationship, It's Time To Break Up

When you meet someone new, it's important to give the person a clean slate and a genuine chance.

If you're going to bring past issues and drama from your previous relationships into a new situation, things won't go very far. You need to leave the past in the past. You have to open up your mind and your heart towards something new.

To have a healthy relationship, you have to be willing to trust someone from the get-go, even if you've been let down in your past.

Whether you've been cheated on, abused psychologically or in any other way, or whether you've simply been lied to by someone before, a new situation with a new person deserves a clean slate.

This new person hasn't lied to you, cheated on you, and definitely hasn't done anything wrong to deserve your lack of trust.

1. Trust in a relationship is everything.

Having trust in a relationship is everything, and that's why I believe in being brutally honest to a fault. White lies will get you nowhere, and might even make you come off as a dishonest person, and as someone that can't be trusted. Which is never a good thing in a new relationship.

If someone isn't willing to be brutally honest with you or to even be open with you when it comes to getting to know them during the first few dates, you should take that as a red flag, and not date them anymore.

2. Being honest will let you get to know each other better.

If someone isn't willing to share things with you that go on in their life, then not only will it be a turnoff to the person that they're dating, but it also won't help you find out whether you're a good match for one another.

3. You don't need to know everything about a person's past to know who they are today.

But when it comes to getting to know a person, you should be willing to give a person enough information about yourself that can let them see if you were a good match for them.

4. You have to establish good communication from the start.

You need to develop healthy communication from the get go, and during the dating period.

If you let things slide or sweep things under the rug all of the time, then you're avoiding confrontation and drama to the point where eventually things might explode.

You should never hold things in too long when they're bothering you, because they'll build up, and there's an explosion that will happen at some point.

5. You have to communicate how you feel to the person you're dating.

You should be open towards having them communicate their feelings towards you as well. This might seem like a no-brainer to many people.

6. If you've been hurt, don't let it stop you from feeling.

Unfortunately, many times people have been hurt from previous relationships and go around like a closed story or a book that's full of pages, but they're all blank.

It's important to let someone see who's on the inside, and to be your authentic self, because that's the only way to know and see if a person is going to love you for you, and not for exterior things like good looks, prestige, power, money, and luxury.

7. Don't be afraid to let someone see the real you.

Let someone find out who the real you is so that they can judge whether or not you'll be a great fit for one another.

Don't be afraid to let someone see who the real you is, because that's fear, and you should never go into new situations with fear.

You'll never be able to taste what real love is if you're going to be hiding behind your own shadow. The most beautiful thing about dating people is when they're genuine, and when they show that they actually have feelings, passion, and opinions on things.

9. Don't feel you have to agree with everything your date says.

And you shouldn't expect them to agree with you on everything either. This is what makes dating so fun and exciting, because nothing is ever good or spicy even when it's always the same and identical.

Being your genuine self is what makes you unique, and it's not about your hair color, the car you drive, or anything else that's superficial.

Being an open book is imperative when it comes to the early dating period, so if you're hoping to find your best possible match, then you need to let a person see who the real you is.

As well, if you're hoping to get anywhere in a new and promising situation, give it an actual chance by giving the person your trust. Learn to let go, and set free the real you!