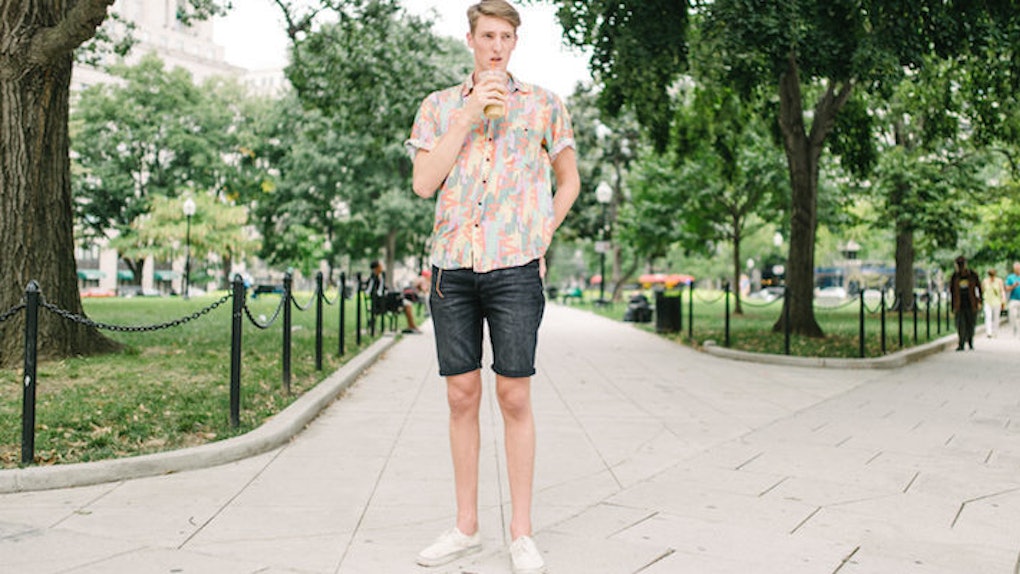 Your Date's Height Could Reveal If He's Voting For Trump, Science Says

It's the first date, and you WANT to know your date's political beliefs before you get in too deep. But you also don't want to completely kill the mood.

Ugh. TOTAL PICKLE, right? What's a person to do?

Well, I've got a little trick for ya: Maybe pay a little extra attention to your date's height. A recent study published online in the British Journal of Political Science using data from Britain suggests that the taller a person is, the more likely he or she is to support a conservative politician.

So, that telephone pole of a basketball player you just went on a date with? Odds are, he's voting for Trump.

Sara Watson, co-author of the study and an assistant professor of political science at Ohio State University, explained the findings:

If you take two people with nearly identical characteristics – except one is taller than the other – on average, the taller person will be more politically conservative.

The researchers analyzed data from the 2006 British Household Panel Study. As part of the study, over 9,700 adults were asked to respond to a survey that included questions regarding their self-reported height, detailed income data and political beliefs.

The authors found that the link between height and political views occurred for both men and women, but the connection was almost TWICE as strong for men.

Each additional inch of height resulted in a 0.8 percent increase in likelihood to support conservatives.

According to Watson, these results aren't as random or as weird as they may seem. There are lots of studies out there that have found that taller people generally earn higher incomes than shorter people do.

Researchers have also widely agreed that income plays a role in the way people tend to vote. People who earn more – and are also taller, on average – tend to vote more conservatively.

But before you go and write your date off for being a hippie liberal just because she's 5'4" or a woman-hating Trump supporter just because he's 6'3", Watson wants to remind us, "Income and height play a role, but they are not political destiny."

Citations: Hey, tall guy! What's the politics like up there? (EurekaAlert!)