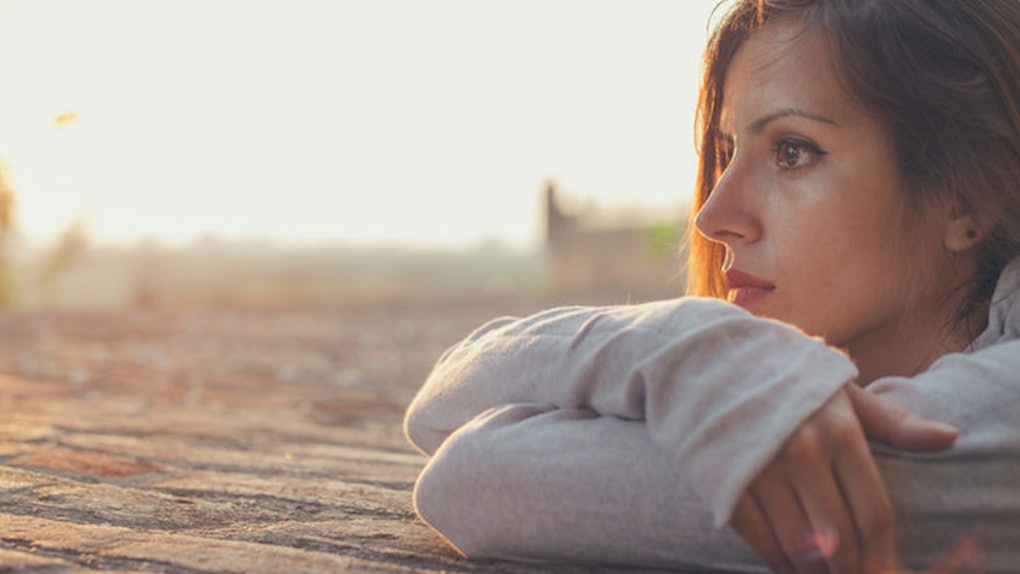 There are very few people in the world who would wait for someone. I know this because very few have for me, and I’m sure far less have for you.

There are very few who would put their lives on hold for another human being, in hopes that the person would one day change and notice what they have in front of them.

Nonetheless, that’s exactly what I did for you.

You were my first real love. I know this because nothing ever compared. When we met, I didn’t want to give in, but when I finally did it was like nothing I ever felt.

We started strong, doing things we never thought we’d do for anyone else. I’d wonder how I ever got so lucky.

Every time we were together it was hard to leave, and when you’d drop me off, we’d spend hours together before I would finally go inside.

The days we didn’t see each other we’d count the hours until we did again, and we’d give in to days that we weren’t planning on seeing each other because we couldn’t handle it anymore.

I started to feel things I didn’t think possible, like jealousy or the need to be with someone every day, and that was scary. We were beautiful, not perfect, but beautiful.

The weeks leading up to the end, your father passed and I felt your pain and grief. The mere fact that you were suffering had me suffering.

I wish I could take your pain because to me you weren’t someone who deserved to be sad. I wanted to make you happy at all costs, to have you never experience pain on my watch.

The end was hard, but even when it ended, even when we broke up, it didn’t quite feel like the last time. The weeks following were harder.

I felt like someone punched my heart and it sank to my stomach. I was empty, like an important piece of me was missing, keeping me from feeling whole.

Still, you contacted me. Your pattern was every couple of days you would contact me. Like it was just enough to keep me around, just enough for you to still have me.

That gave me hope.

I stuck around. We took summer classes together, and we would have lunch whenever we could. It was the highlight of my summer.

Even if we weren’t officially together, it made me realize two things: We have this bond that still existed when we removed the relationship, and you are the absolute love of my life.

I can tell you anything, and you can tell me anything. It's a bond in which, when we’re in our own little bubble, in are own crazy world that’s just us, nothing else matters and nothing else exists.

Reality struck me a few times that summer, but I still stuck around, not giving in to anyone else. You didn’t want a relationship.

You didn’t want anything so serious. You were not going to budge, but I still stuck around.

In my head, something so rare, something like what we had, some may never find. If they do, they are lucky to even have it once. It was worth fighting for. I would do anything to have it, to keep it.

You would tell me you loved me so much, but it was something you couldn’t do. You said you never pictured yourself ending up with anyone else, settling down with anyone else who isn’t me.

That was enough for me to stay.

You always said or gave me just enough for me to stay, and I did. I waited.

I waited until I was numb. I waited even after all the broken promises and false hopes and all the destruction. I waited after everyone would tell me how crazy I was and just to move on.

I waited even after all the times I said I wouldn’t wait anymore. Because you always apologized and always told me how much you loved me, how you could never bear to see me with anyone else.

I stuck around when I found out you were sleeping with other people while I was rejecting dates. The simple thought of someone else who wasn’t you touching me sent shivers down my spine.

Sitting down and thinking about it, I could finally put into words all the reasons I did stick around.

I waited for you because, even though you might not think so, you were someone worth waiting for.

Even when you don’t give yourself a lot of credit, you’re one of the nicest, most helpful and hardworking people I have ever met.

You cared about things that mattered like poverty and war and the universe. You challenged me in ways no one else ever did. I was drawn to you for those reasons.

I waited for you because I was hopeful you would keep your promises. When you would tell me she was someone temporary, that she meant nothing, that you just felt bad for her, I believed you.

I waited because if you kept me around, talked to me every day and still had sex with me regularly, it meant something, right?

I waited because to me, it didn’t matter what I was going through in the present; our future together would be perfect. I defended you with everyone because no one knew you like I did and vice versa.

I waited for you because I knew I would never feel this again with anyone else, and even if I did love again, I had already felt the greatest love I would find.

But waiting for you was literally like putting my hand in a fire. It was painful, but there’s always that rushing sensation you get from a burn.

It’s like I would get a rush, then get hit with a harsh reality and heal for several days. After the burn would heal, you would apologize and I would start the process all over again.

It was definitely an addiction, kind of like when you see an insect going toward a light. The light looks beautiful and vibrant and the mosquito can’t stay away, but in truth, going too close to the light will hurt.

That’s exactly what you were, what you are.

You were the only person I wanted to talk to in the morning when I woke up, at night when I went to sleep and in the middle of the day when I would go on my lunch break.

You were the love of my life, and I waited because something as strong as that deserved a happy ending. I would have done anything for you, and I did do everything for you.

One day, you’ll wake up and realize you lost someone who waited.