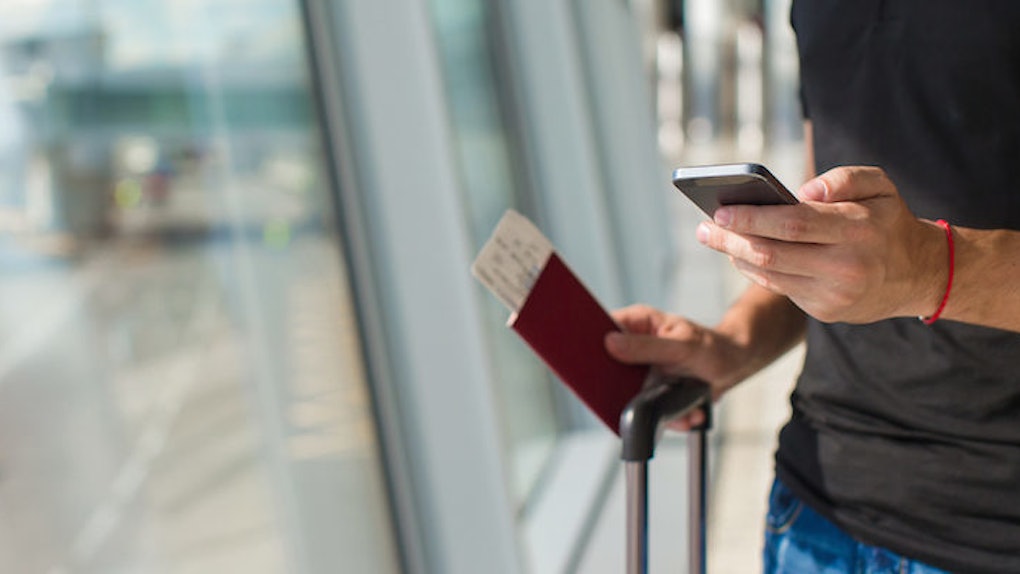 Love At First Swipe: What It's Like To Tinder Abroad In 4 Countries

I have used Tinder in five countries (maybe even six if we count Florida as its own country). I spent last summer traveling, studying and working internationally. One of the perks of this amazing experience was I found myself single and ready to mingle on multiple continents.

My first stop was South Africa. I did a little preliminary research on what the most popular dating apps were in the country, and I was very pleased to see Tinder was the app of choice. I had a profile all ready to go, and as soon as I landed, I began swiping.

My summer began in South Africa, but it didn't end there. I traveled to Ethiopia, Indonesia and London before I returned home to New York. I am pleased to share that Tinder can be highly positive and successful outside of New York (and a great source of entertainment in addition to possible companionship).

These are the four types of men I met in the countries I traveled to:

New York is the most aggressive and straight-up absurd Tinder market by far. Online and virtual dating in the City is a real struggle. The plethora of perceived options encourages us to treat each other as disposable commodities. Guys I have come into contact with are aggressive, and in some cases, they are outright abusive.

London is incredibly similar to New York City. One of my close friends is a flight attendant on long-distance flights and regularly doesn't have access to her phone for over 12 hours at a time. I think the generally accepted time frame to return a text or message is within 24 hours to avoid looking like a jerk.

This friend began messaging before her flight, and when she got off the plane 12 hours later, she was met with a barrage of insults because she had taken too long to respond to her potential suitor. My favorite part of the exchange is when he messaged, “I don't think you are actually 34 because I put your picture into “Can We Guess Your Real Age?” and it said that you are actually 55.”

I was in South Africa for two months, and my roommates and I used Tinder so much it was like an unofficial part-time job. I went out with tourists, other foreigners and many young and eligible South Africans.

After spending the previous year in New York, the scene in South Africa was refreshing, new and old-fashioned in the best possible way. I have been dating for over 15 years, and it is definitely the first time that I truly felt wined and dined.

There is a part of me that wonders if this old-fashioned charm was in any way related to sexism that can be a real issue in the country. I'm choosing to walk away from that experience with a positive outlook. No one asked me to come over for a casual hookup before getting to know my full name or requested a naked selfie, which is pretty awesome at this point.

In Bali, there was a lot of eye candy, but very little action. The majority of individuals using the app are expats and people on vacation. That made the possibility of ever meeting up with the person you are messaging much less likely (early departures for surf trips, and departing the country altogether). There were also a lot of dropped conversations because of poor network and WiFi quality.

The places where Tinder was the newest revealed to me the individuals who wanted actual interactions and dating experiences. This was a contrast to places like NYC (as Tinder often keeps people busy while they wait for the bus), where people had the least desire to ever actually meet or develop any kind of relationship.

I've currently taken myself off Tinder, in favor of some old-fashioned in person dating interactions. Next time I leave the States, I'll look into swiping for love again.