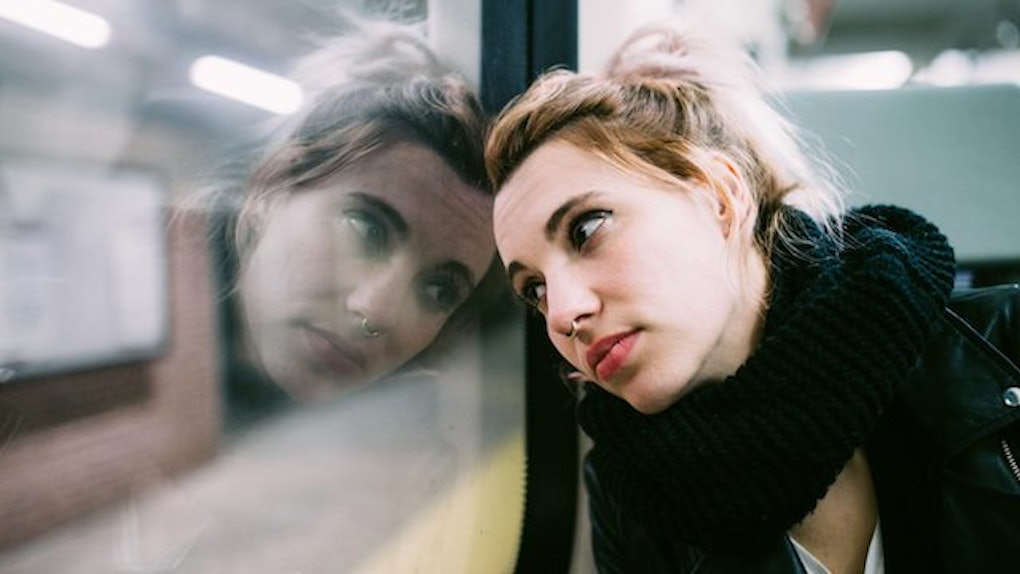 If You Think About Dumping Your SO, You Probably Will

It's no secret that relationships are hard work.

Anyone who has been in one knows that being with someone requires dedication, compromise and sacrifice. It doesn't matter how much of a hopeless romantic you are; difficulties within a relationship are inevitable.

Despite this, we still work through the struggles because more often than not, the benefits outweigh the negatives. And even when it feels like they don't, we think we have what it takes to work through them.

After all, overcoming obstacles is all part of being in love.

That being said, there comes a point when relationship struggles enter a new territory. Things become harder to ignore, and the little things that were slightly irritating become the big things we can no longer put up with.

The parts of your relationship that you have always just ignored suddenly make you question being with your SO.

It's a moment of doubt that leaves your mind as quickly as it entered, but the thought occurred, and now it can't be forgotten.

You convince yourself it's normal. Everyone doubts their relationship at times, and there are bound to be highs and lows.

But, you can easily overcome them.

You were confused, angry and frustrated, and it was just a response to that. It's not what you really want.

I like to think of myself as being pretty honest not only with others, but also with myself. I pride myself on being good at admitting what I want, what's best for me and what will make me happy.

While that may be true, it wasn't always what I stuck to in my relationship. In fact, you could say that I became the complete opposite when I found love.

Suddenly, I was an opportunist always trying to find the positives, even in places that they didn't exist.

It sounds like a great way to be, but in reality, I was living a lie.

I had doubts about my partner, and I pushed them to the side to keep a "happy" relationship, one I had been content with for such a long time.

I told myself I could get over the little things that bugged me, overcome the obstacles even when they kept re-occurring and just learn to be happy with what I had.

That's what a good partner does, right?

For a while, it worked. But deep down, I think I always knew it wouldn't last.

The more I suppressed the way I felt, the more annoyed I became. I was desperately fighting a losing battle in the hope of saving my relationship.

I asked my friends if they had ever had doubts about their partners, and they assured me it was completely normal.

But, it wasn't. Looking back, I now realize we were completely doomed after the first time I considered ending the relationship.

Honestly, I probably knew it at the time, but it took me some time to admit it.

Relationships are far from easy, and there's no rulebook to follow. Even if you completely love someone, it's likely that there will come a time when you find yourself having doubts.

Questioning elements of your relationship is healthy. It allows it to grow and change for the better.

That being said, you have to be able to recognize when your doubts make you consider ending the relationship.

When you deliberate breaking things off, chances are, you have crossed the line and gone past the point of no return.

You might not realize it at the time, and you might even be able to go on with things the way they are for months.

But, the likelihood is, you have damage that is beyond repair.

If you've had the thought but not acted on it, it's probably because without even being aware of it, you are working up the courage to end things.

It doesn't matter if you have thought about it once, or think it every single day.

Once it enters your mind, it never leaves.