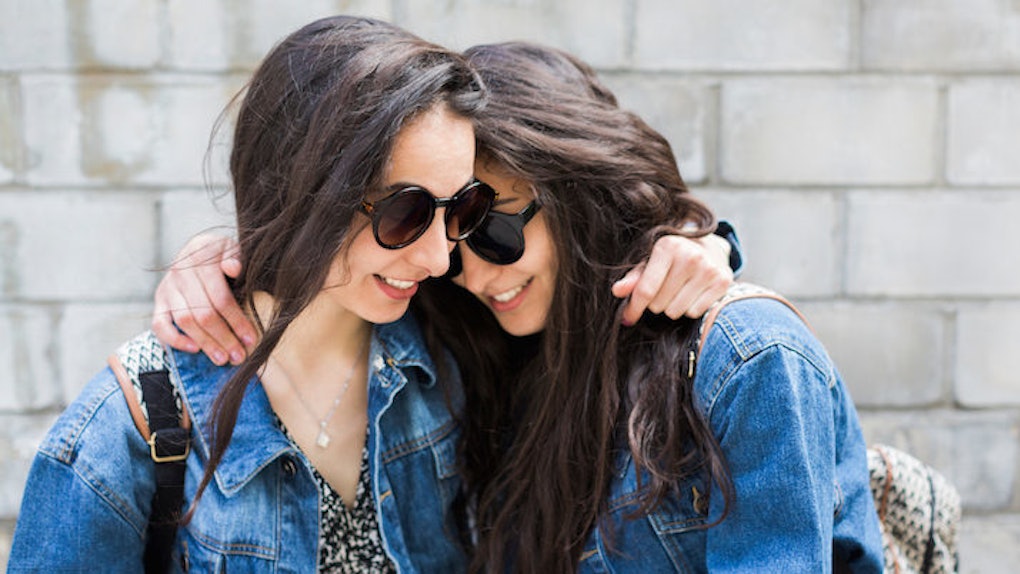 11 Special Qualities You're Looking For In Your Brother's Future Wife

One of the perks and downfalls of having a sibling is the inevitable addition of another one on that fateful day of “I do.” It’s a moment that will change your life and family dynamic for better, or for worse.

A civil union is always much more than just the bride and groom. It’s the marriage of two families and the restructuring of your small clan, to a now complex, larger one.

Thus, it becomes particularly important for every woman to carefully scrutinize and examine the woman her brother brings home.

As much as the woman in question likes to believe it’s a friendly family gathering, it’s really a careful inspection and investigation of a future family member. Just like your ACTs, these exams have predetermined questions and no amount of Adderall or preparation will get you that perfect score.

As much as the new woman in your living room thinks her best score will come with your parents, every sister knows the final grade lies with her. Because we’re the ones who really see them for who they are.

We're the ones who see past the fake smiles and bullsh*t small talk. We see her as the person she is, not just the woman on our brother’s arm.

We see her as the sister we will gain, not the bride she will be. We see her as the best friend we could have or the enemy who has crossed into unwanted territory. It's a dramatic, climactic and, overall, thrilling experience that could turn a stranger into family overnight. Just make sure you're looking for the right things...

She doesn’t need special treatment, but she treats your brother great

She doesn’t demand, imply or expect. She forgives, leads and respects. She's easygoing and even easier on your brother. She’s someone who makes him a better man, not just a better husband.

She makes your brother happy, not obsessed

She’s not the kind of woman who uses and abuses the relationship. She genuinely cares and nurtures it, proving that she’s not just with him for the chase or the game. He's following her heart, not her petty whims.

Even though she’s in a relationship, she hasn’t become one of those women who forgets what it’s like to spend a night out with the girls. She enjoys spending time away from your brother and can fill in as best friend any night you need a solid wing woman.

She makes fun of your brother, not just up with him

Their relationship isn’t all drama. It’s comfortable because she’s comfortable. They are fun to be around because she isn’t filling the moments with bullsh*t and baggage they should never unpack in the family home.

She makes you feel good about yourself, not the other way around

She doesn’t make you work at making her feel comfortable, but tries to get a feel on you. She asks questions because she cares, not because she’s supposed to. She is genuinely interested in getting to know you as a sister, not just as "his sister."

She doesn’t hide behind your brother, but stands beside him

She will stick up for you, even at a sit-down dinner

She’s the kind of woman who will take your side, even if it’s against your brother's. She isn’t clouded by feelings or supposed alliances, but knows how to see both sides of any argument and responds according to her views, not his.

She talks to your parents, not about them

She isn’t the kind of girl who is going to bad mouth the family to your brother when you’re not around. She genuinely appreciates and respects being part of your family and treats your parents with the same love and respect as her own.

She’s down to earth, not up your ass

She’s just a chill girl. She can hang for hours and never comes with expectations or rules. She’s like any of your friends, you can say anything to her and she’ll always be there at the end of the day. There’s no drama, secrets or spoiled girl behavior.

She has interests, apart from your brother

Your brother isn’t her entire world. Like you, she has passions and hobbies that make her a unique individual. She’s the kind of person you’d want to get to know even if she wasn’t becoming part of the family.