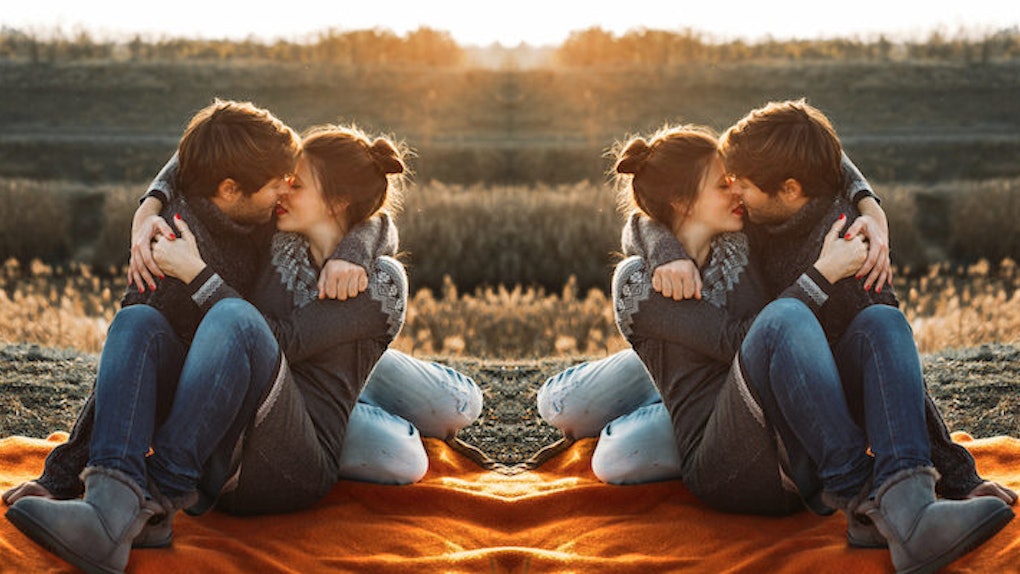 13 Little Things That Fully Restored My Faith In Love

It was a breezy fall day on the Upper East Side of Manhattan. I was in the midst of my usual routine -- casually people-watching while sipping on a latte -- when I noticed a middle-age couple walking a dog.

The man, a silver-haired and suited-up sight to see, grabbed his wife, a conventionally beautiful woman donned in all black, by the waist. As they stopped to let their pup do his business, they gazed adoringly into each other’s eyes, smiled satisfied smiles and kissed on the lips -- not an ostentatious kiss or a classless kiss, but a sweet kiss.

Don't get me wrong. She's still jaded and going through that kind of heartbreak that refuses to heal. But she found herself smiling along with the silver-haired suit and his family.

I looked at them and thought to myself, It's those things that make me fall in love with love all over again.

I’m in love with love. And I know a lot of people say that, but I actually mean it. I write about love for a living. I dream vivid dreams about someday having a husband.

I wear a “love” ring on my left hand that I never take off because I enjoy carrying the possibility of finding love around with me everywhere I go; I like the way the word feels wrapped around my fingers.

I am a hopeless romantic right to the bone.

The thing with hopeless romantics, though, is that they love too hard and upset too easily. Their idea of “The One” is so picture-perfect that when they encounter even one bad trait on a person they once believed they could love, they struggle to have faith in the rest of humanity.

Everyone, hopeless romantic or not, starts off as blank slates. As humans, we naturally like to see the best in people, so we enter the dating world giving A+’s to all the men we encounter. And as they begin to disappoint us, we begin to subtract points from their perfect score.

Somehow, though, I did. I made the switch for the better. I am still heartbroken, but that doesn't mean I can't appreciate the good in all those little moments filled with lots of love.

Here are all of those little things that restore my faith in love:

The old couple who sits in the same booth of the same old cafe every weekend and shares the same banana split with the same old toppings is #RelationshipGoals.

Seeing them can’t help but warm my heart.

2. When the token tough guy melts like silly putty in a woman’s hands.

There’s only one thing that turns the tough guy into a wondrous, sensitive, caring individual (and no, it’s not the gym): love.

A true, compassionate, selfless bond with a woman who is the tough guy's world is the only thing that will break down his walls, and that's an incredible thing.

3. When I had a crush on someone at the job I just started.

I'm not going to act on it (because I know better), but it’s the principle that matters. There are still smart, cute nice guys out in the world.

4. When I see a couple who is mismatched looks-wise.

5. When Taylor Swift actually started making sense to me.

I used to think T-Swift was foolish in believing in the fairytale. I used to think she sounded stupid amongst the honest, soul-bearing likes of Katy Perry and Kings of Leon.

Ms. Swift is no longer sappy and misinformed. She is dead-on.

There are hardly any places more romantic than an airport. Two people previously separated by long plane rides and vast oceans make their way back to each other and love each other even more than they did before.

Distance made their hearts remember why life is worth living -- for love.

7. When I see a guy take his coat off and put it around a woman’s shoulders.

This one is a small reminder of big importance: Chivalry is not dead, and romance is alive and well.

Putting a coat on a woman’s shoulders is such a little thing, but it's also so wonderfully sincere that it speaks volumes.

8. When I see a guy sitting alone at the mall

…Because I know he’s there with his girlfriend, and he wants nothing to do with clothes, shoes or anything mall-related. He just loves her AF.

9. When I see the look that one of my best girlfriends gives to her boyfriend.

10. When I make my morning coffee and a man makes a comment about my affinity for pumpkin spice.

He isn’t asking me out on a date, but he’s letting me know he’s open to meeting new people. And there are few things more refreshing than seeing a man in a big city take a few small moments to let a woman know he isn’t that busy.

11. When I hear a story about how people’s parents met.

In a land sans dating apps and f*ckboys, hearing stories of organic romance enlivens my soul and brightens my heart.

12. When I see a couple at the pet store, and they consider getting a pet.

They’re thinking about expanding their family. They’re not making a baby, but they are taking baby steps toward their future -- and there’s nothing more romantic than forward thinking.

I’d like to be clear that a woman, not a man, told me this.

Now, I know what you’re thinking: What could a woman complimenting you on your personal growth have anything to do with believing in love again?

I haven’t found love, though I’d very much love to. Even so, it helps to know that until then, I’ve got something to look forward to.