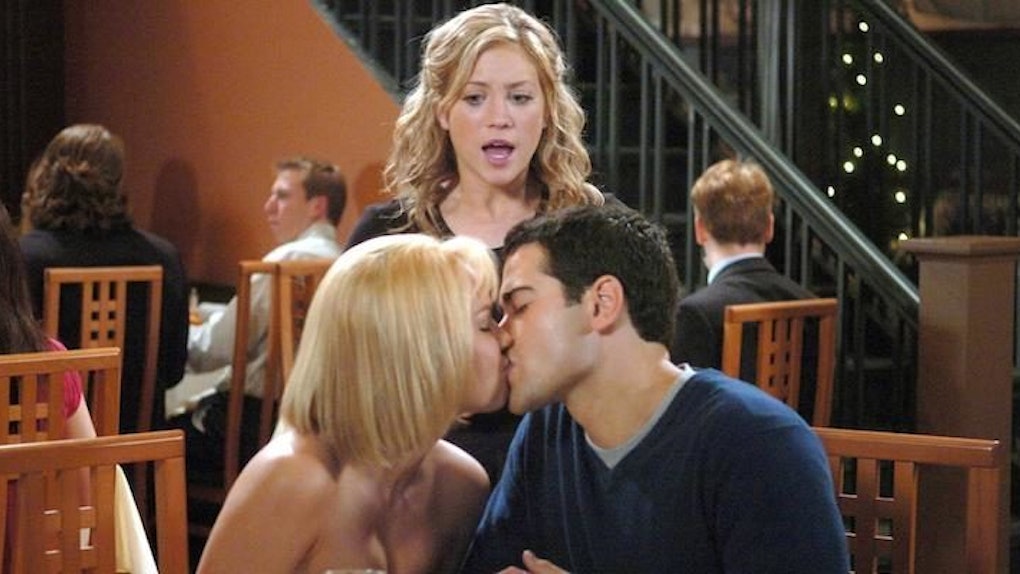 But at some point in many of our lives, we cheat on our partners because of boredom, unhappiness or even a lack of “spice.”

Often, we are also the ones who get cheated on.

Whether or not we give our relationships our best shot, there will probably come a time when we and our partners will have to deal with infidelity.

Let’s face it: Cheating or being cheated on is almost inevitable in a relationship, and it happens whether we like it or not.

But what about those who get cheated with?

Who would ever listen to their side?

I am here to tell you not all third parties are the people you think they are.

I am here to take a stand for those people you think are so wrong.

Here are 10 reasons why they — specifically women — engage in this behavior:

1. Because she knows you can’t help who you fall in love with.

The third parties are just the unlucky ones who are mysteriously moved the wrong way.

I am saying this because you can't help who you fall in love with.

Most women are just unlucky to be in love with taken men, and sometimes, these men tend to take advantage of it.

When a man shows her he likes her back, an outside relationship will grow.

This will ruin your present relationship and make her the mistress or antagonist.

2. Because she lost herself already.

Most of the time, the women who fall under the category of the hopeless romantics are the ones vulnerable enough to fall for the third-party trap.

When they find themselves in the potential of such a situation, they will try their best to brush the idea off because they know they shouldn't.

They will try to resist the feeling as long as they can, until they finally can't take it and lose themselves.

Once they fall in love, they will fight for what they want, even if it doesn't seem right.

Let’s face it: There’s no right or wrong when it comes to love.

When they lose their minds over your SO, know that it’s just because they weren’t able to resist what they already feel.

3. Because she finds herself in love with him.

Not all women who engage in third-party relationships do so out of lust, boredom or the excitement of adultery.

Most of the time, it's out of sheer intimacy problems, resentment and lack of love.

When a woman knows the man she loves has a girlfriend or a wife, she will try to push him away.

Regardless of the intensity of her feelings, she will try to abstain.

However, some men tend to reel the woman back in because there's the possibility of a relationship.

This woman knows it isn't right, but the heart wants what it wants.

So, the heart gets what it wants, regardless of how disapproving the mind is.

The only reason these women hold on is not because they’re stubborn or arrogant enough to not acknowledge the 99 reasons to stay away.

It’s because out of 100, the only one reason prevails.

That is because she loves, has been in love and has fallen in love.

4. Because she thinks she won’t ever have a chance on love after that.

As I’ve said earlier, most of the women who fall under the category of the hopeless romantics tend to fall for this trap.

This is because they always aspire for a love story beyond normal, but they think they won’t have a single chance.

They think the romantic notions they see in a fantasy isn't something possible in the reality.

When they find someone to fall for and eventually fall in love, they will immediately think it's "true love," regardless of the situation.

They will fight for it until the end.

When they become misguided by the false idea of what "love" is not, they will unconsciously lose themselves until they settle for something less.

When they reached the point of having no choice but to play with the fire they can’t put off, they end up burning themselves.

Their pain is two times stronger than the pain you feel.

They ignore it, though, and they become even more enraged and see you as their great "nemesis."

Despite having third-degree burns, they will keep raising torches to fight for the outside relationship.

They will keep fighting because for them, they have to win him.

They knew if they lose, they're not just losing him.

They're losing their dignity and pride as well.

They are left with no choice but to keep fighting, and they'll show you their ferocity and strength.

If they have to fight you despite knowing their place, they will.

Since they were the third parties, they think no one will ever respect them as women after this.

They think they won't be capable of being loved after being "the other woman," so they keep fighting for their last chance.

5. Because she thinks being cut off is worse than being the other woman.

Imagine a 5-year-old kid who is dying to have that oversized Barbie doll her parents can't afford, and a minute later, she sees someone else buying it.

The tendency for her is to either destroy it, steal it or just let it go.

Since some women tend to lose themselves over an irrational feeling when they're in love, they will have the tendency of stealing it.

This is due to the intensity and magnitude of their feelings.

Hey, we all become stupid when we fall in love.

They're just twice as stupid.

That's the reason they settle, despite being second-best.

They choose to be an option rather than a priority because they think it's the only way to keep him.

They think being cut off would make them feel less of a woman capable of being loved.

For them, they have to win the fight.

They just have no idea they lost in the first place.

6. Because she couldn’t think clearly anymore.

Similar to what I’ve said earlier, most women lose themselves.

This happens when their emotions are triggered.

Some forget rationality because love is blind, and it can make even the smartest women stupid.

They have no control over it.

In relation to this, the third parties won’t be able to think straight when they're in love.

They don't want to lose what they think they "have," and they won't realize how wrong they are until they find themselves begging for your man to stay.

They thought they did what they did for love, but then they realize they're completely powerless.

Judgments and feedback aside, imagine how she suffers.

Imagine what it feels like to only be called only on special occasions or for booty calls.

Imagine experiencing the agony of wanting to check up on him, but he's with you.

Imagine the pain she bears knowing she's not in the right, and you are.

Who wouldn't go insane after that?

7. Because she only does what she honestly thinks is right.

A third-party woman who falls madly in love with a taken man is impossible to stop.

She will fight for her feelings and for the relationship because she hopes that one day, he’ll finally choose her over you.

Ever wonder why some mistresses are so shameless while defending themselves to the legitimate girlfriends?

It's because they are fighting for what they honestly think is right.

But, they just appear hopelessly insane.

8. Because she hopes he’ll choose her over you.

They will fight the battle until they think they've done enough.

Believe me, though; it will take them years to realize they should have given up.

They believe that if he really loves you, he wouldn’t compromise your relationship.

Although this is somewhat true, most cases are the other way around.

A lot of men cheat just because they're bored.

At the end of the day, your man will always choose you because he regrets wasting a "good catch over a temporary one."

Whatever his reasons are, cheating is still completely erroneous.

And both of you don’t deserve this disrespect.

9. Because she doesn’t want to be judged.

Being as vulnerably stubborn as a third-party woman is, her main objective is to openly despise her enemy in the battlefield of love.

She will end up despising you and do everything in her power to have him all to herself.

Because of this, she will feel like a “winner,” despite her situation.

The third-party women will claim your man as theirs because of a pitiful mindset: He shouldn’t be taken away from them.

They do this desperately to show you — and everyone — they're also capable of love.

They do this to prove to our judgmental society that they aren’t what people think they are.

They’re afraid to be judged.

They claim they just “fell in love” with the wrong man.

It sounds desperate and demeaning, but it's the only thing that has the power to validate how they feel and save them from judgment.

10. Because she thinks she will never be understood.

If you're someone who has been cheated on, you need to understand you’re not the only one who has suffered from heartbreak.

There are the two of you.

You think you've been betrayed, and she thinks life is cruel, unfair and demeaning.

She suffers because she's only an option; she's just second best.

She suffers because she knows she'll be cut off eventually, and she knows he'll choose you in the end.

She suffers because she has the wrong idea of love, one she doesn't deserve.

Neither of you deserve being cheated on or with.

Choose to understand because pain and heartbreak only sharpens us to be stronger and wiser.

It's not just a lesson for you, but for her, too.

Who knows if your boyfriend also cheated on someone while dating you?

Who knows if he was cheating with you, and perhaps you just don't know?

Or even if you do know, do you think the relationship is worth it?

Just think of it this way: If he did this kind of thing even before you met him, don't you think there's a huge possibility he could have done the same thing to you?

If he can do this to you now, he can also do it with other women in the long run.

Do you see where I'm going?

A cheating man isn't the one for you.